Historically the site was home to The Moncton Mall until 1995, when it was converted into a strip mall. The site currently includes only two of its original tenants: Sobeys and Subway. At its peak, The Moncton Mall included the following stores: 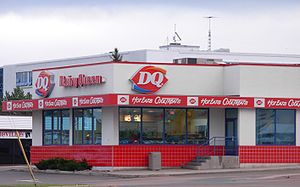 Share
Retrieved from "https://en.everybodywiki.com/index.php?title=Northwest_Centre_(Moncton)&oldid=939404"
Categories:
Hidden category:
This page was last edited on 10 August 2020, at 04:42.
Content is available under License CC BY-SA 3.0 unless otherwise noted.
This page has been accessed 1,674 times.
Privacy policy
About EverybodyWiki Bios & Wiki
Disclaimers