From EverybodyWiki Bios & Wiki
Jump to:navigation, search
Not to be confused with Philosophy of biology. 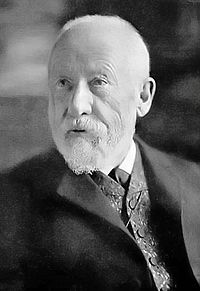 "Philosophy of life" also refers to a specific conception of philosophizing as a way of life,[2] endorsed by the German Lebensphilosophie movement whose main representative is Wilhelm Dilthey[3] and several other Continental philosophers such as Henri Bergson[4] and Pierre Hadot.[2]

The human situation appears to be a struggle between what is (existence) and what ought (essence) to be.

Main answers to the existential question[edit]

There are at least three prevailing theories on how to respond to the existential question.

Religion as an attempt to overcome the existential predicament[edit]

There are two basic forms of existentialism:

Atheistic existentialism is best exemplified by Friedrich Nietzsche, Martin Heidegger, and Jean-Paul Sartre. It holds that there is one level of reality, existence. In this view, each person constructs his own unique and temporary essence.

You have to Sign in or create an account to comment this article !
Retrieved from "https://en.everybodywiki.com/index.php?title=Philosophy_of_life&oldid=944326"
Categories:
Hidden categories:
This page was last edited on 11 August 2020, at 11:09.
This page has been accessed 44 times.
Content is available under License CC BY-SA 3.0 unless otherwise noted.
Privacy policy
About EverybodyWiki Bios & Wiki
Disclaimers
Mobile view