Physical Intelligence, also known as bodily-kinaesthetic intelligence, is any intelligence derived through physical and practical learning such as sports, dance or craftsmanship. It may refer to the ability to use one's hands to create, to express oneself with one's body, a reliance on tactile mechanisms and movement, and accuracy in controlling body movement. An individual with high physical intelligence is someone who is adept at using their physical body to solve problems and express ideas and emotions.[1] The ability to control the physical body and the mind-body connection is part of a much broader range of human potential as set out in Howard Gardner’s theory of Multiple Intelligences.[2] 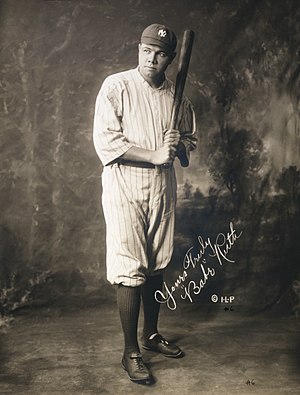 Exhibiting well developed bodily kinaesthetic intelligence will be reflected in a person’s movements and how they utilise their physical body. Often people with high physical intelligence will have excellent hand-eye coordination and be very agile; they are precise and accurate in movement and can express themselves using their body. Gardner referred to the idea of natural skill and innate physical intelligence within his discussion of the autobiographical story of Babe Ruth; a legendary baseball player who at 15 felt that he has been ‘born’ on the pitcher's mound. Individuals with a high of bodily-kinesthetic or physical intelligence are likely to be successful in physical careers, including athletes, dancers, musicians, police officers, and soldiers.

A professor of Education at Harvard University, Developmental psychologist Howard Gardner outlined nine types of intelligence, including spatial intelligence and linguistic intelligence amongst others. His seminal work Frame of Mind was published in 1983 and was influenced by the works of Alfred Binet and the German psychologist William Stern, who originally coined the term Intelligence Quotient (IQ). Within his paradigm of intelligence, Gardner defines it as being “the ability to learn” or “to solve problems,” referring to intelligence as a “biopsychological potential to process information”.[3] He suggested that each individual may possess all of the various forms of intelligence to some extent, but that there so is always a dominant or primary form. Gardner granted each of the different forms of intelligence equal importance, and he proposed that they have the potential to be nurtured and so strengthened, or ignored and weakened. However, there have been various critiques of Gardner's work, predominantly due to the lack of empirical evidence used to support his thinking. Furthermore, some have suggested that the ‘intelligences' refer to talents, personality, or ability rather than a distinct form of intelligence.[4]

Within his Theory of Multiple Intelligences, Gardner stated that our “educational system is heavily biased towards linguistic modes of intersection and assessment and, to a somewhat lesser degree toward logical quantities modes as well”. His work went on to shape educational pedagogy and influence relevant policy and legislation across the world; with particular reference to how teachers must assess students’ progress to establish the most effective teaching methods for the individual learner. Gardner's research into the field of learning regarding bodily kinaesthetic intelligence has resulted in the use of activities that require physical movement and exertion, with students with a high level of physical intelligence reporting to benefit from learning through movement in the classroom environment.[5]

Retrieved from "https://en.everybodywiki.com/index.php?title=Physical_intelligence&oldid=704873"
Categories:
This page was last edited on 2 May 2020, at 04:40.
This page has been accessed 77 times.
Content is available under License CC BY-SA 3.0 unless otherwise noted.
Privacy policy
About EverybodyWiki Bios & Wiki
Disclaimers
Mobile view