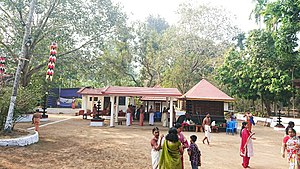 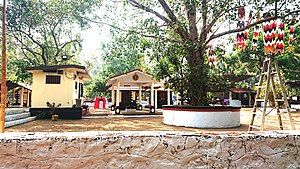 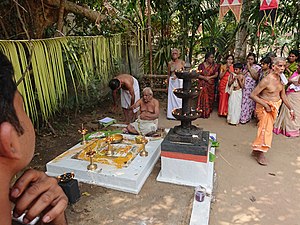 In a Mansoon Season

The new temple at Paradevata temple – Beypore, Kozhikode Beypore BC. The road is located westward. The temple is dedicated to the 'hunter-son'. The festival is being conducted on the first Saturn days of Kumbha.

There is a legend that dates back to this 100-year-old temple. The four finest individuals went to Kali for the purpose of farming, and came to the consecrated Parvatana Temple and became sad, without food in the festivities. At this stage, a pious man was coming to us with this deity, he prayed that all the devotees who were present during our annual festival would be able to feed in abundance. It is believed that the well-known person worshipped this Pandava in a pedestal and worshipped his four patrons in his office.

Retrieved from "https://en.everybodywiki.com/index.php?title=Puthiyalath_Paradevatha_Kshethram&oldid=947892"
Categories:
Hidden categories:
This page was last edited on 12 August 2020, at 16:38.
This page has been accessed 466 times.
Content is available under License CC BY-SA 3.0 unless otherwise noted.
Privacy policy
About EverybodyWiki Bios & Wiki
Disclaimers