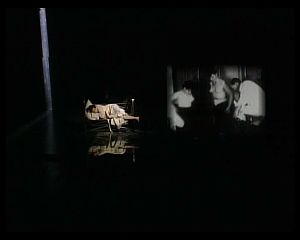 Remembrance (Greek: Η μνήμη, 2002) is a feature Greek film, directed by the Greek director - writer and producer Vassilis Mazomenos.[1] It was awarded in 2002 with the Greek Ministry of Culture National Cinema Award. As Vrasidas Karalis wrote in the History of Greek cinema:[2] His later films Remembrance (2002), Words and Sins (2004) and Guilt (2010) received many positive reviews and international recognition; especially the last in which Mazomenos explored narrative cinema through a nightmarish and confronting story.

Retrieved from "https://en.everybodywiki.com/index.php?title=Remembrance_(2002_film)&oldid=950716"
Categories:
Hidden category:
This page was last edited on 13 August 2020, at 19:48.
This page has been accessed 117 times.
Content is available under License CC BY-SA 3.0 unless otherwise noted.
Privacy policy
About EverybodyWiki Bios & Wiki
Disclaimers