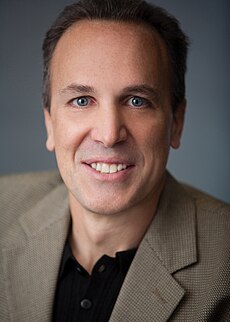 Dr. Richard E. Mounce (born October 5, 1959 in Portland, Oregon, USA) is an American endodontist (root canal specialist) and writer. He has been in full-time endodontic practice since 1991.

Mounce attended Santa Clara University and graduated in 1981 with a BS in Chemistry, he received his D.D.S. from Northwestern University Dental School in 1985, and a certificate in Endodontics from the Oregon Health & Science University (OHSU) Endodontic Program in 1991. He has lectured extensively worldwide and is widely published in endodontic trade magazines, including Dental Economics and Dentistry Today.[1][2][3]

Mounce is married with twin daughters. He is an avid scuba diver favoring technical wreck and cave diving.

Share
Retrieved from "https://en.everybodywiki.com/index.php?title=Richard_Mounce&oldid=951363"
Categories:
Hidden categories:
This page was last edited on 14 August 2020, at 02:49.
Content is available under License CC BY-SA 3.0 unless otherwise noted.
This page has been accessed 456 times.
Privacy policy
About EverybodyWiki Bios & Wiki
Disclaimers