Rupesh Chondhe is an emerging Motocross Freestyle Stunt Rider living and working out of Pune. He was fascinated by bikes from a very young and currently persues his dream and passion with is Yamaha Bike. He is also the founder of Motopark199, a dirt biking and stunting arena.

Born in 1994 to Vidya Chondhe  & Dhnyaneshwar Chondhe in Pune. He went to Madhyamik Vidyalaya, Bhugaon – Pune. Right when he was 14 years old, (2008) he somehow got his hands on a100 CC Hero Honda Passion. Soon he started stunting (2007) and it was great fun according to him. It was this time when he got to meet many Motocross riders, and something sparked inside him. In 2010 he went to a motocross event MRF National Championship 2010 which was held in Pune. This was the moment when he decided to go all in.

According to Rupesh, convincing his parents to invest on a dirt bike was an impossible task so he decided to work and earn some cash. He worked in Big Bazaar bunking his school in 10th class for 8 months. He couldn’t earn to buy a dirt bike yet but was able to purchase his first bike the Yamaha RX135. It took 18 more months for him to do some modifications to his bike and convert it into a dirt bike. In 2013, He was finally able to complete his dream of riding in a motocross race which gave him more confidence of continuing his big dream.

Rupesh Chondhe entered the world of motocross freestyle in the year 2017 but there are very few tracks where you can practice motocross freestyle, so it was difficult to practice the jumps. He couldn’t wait more so he decided to make his own motocross freestyle track with 2 ramps. He labels the moment when he finally flew his first 2 stroke dirt bike Yamaha YZ250 on his own track as the best moment till date. This track is now named as Motopark 199. Since then he has been practicing and also providing training to the beginners and providing them with a track for adventure bikes like BMW, Triumph, Ducati etc.

Motopark 199 is a Motocross freestyle track in Pune. It includes trail riding place and small dirt track with trained riders to train and guide you. 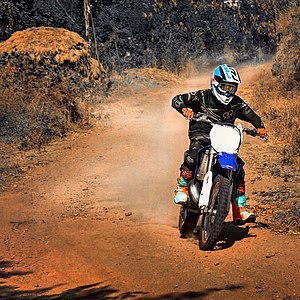 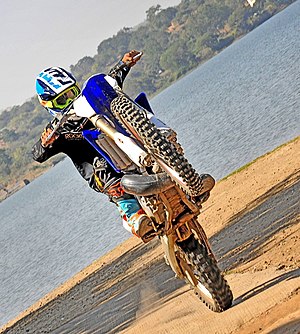 You have to Sign in or create an account to comment this article !
Retrieved from "https://en.everybodywiki.com/index.php?title=Rupesh_Chondhe&oldid=954239"
Categories:
Hidden categories:
This page was last edited on 15 August 2020, at 07:44.
This page has been accessed 1,331 times.
Content is available under License CC BY-SA 3.0 unless otherwise noted.
Privacy policy
About EverybodyWiki Bios & Wiki
Disclaimers
Mobile view