Saeed Mohseni is a young Iranian musician and actor, born on September 6, 1990, in Neyriz. He is a songwriter, arranger and composer and has created a special style for himself in music[1]. He started his primary school years at Shahid Montazeri Neyriz School in Iran, and in 2008 he graduated from high school with a degree in computer. In the same year, he started studying for an associate degree in information technology at Sirjan University, and after that he entered the Azad University to study for a bachelor’s degree. After finishing his studies, he went to Shiraz and worked there. He also currently lives in Shiraz and is single and his current job is composer, songwriter and arranger.[2] 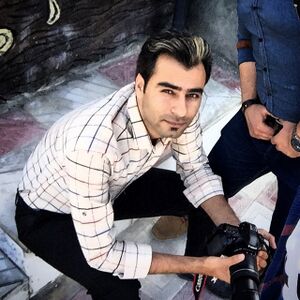 Saeed Mohseni has been interested in music since, he was a child and has performed children’s musical instrument in schools and music theaters. The support of those around him made him more interested in music, and finally in 2011 he enrolled in a music school with his friends. He showed great talent and attracted the attention of class musicians. At the beginning of his career, he was invited to poetry readings, music theaters, music and training camps, and performed his first work, called “ZAGHE NESHIN”.[3]

He attracted a lot of attention by participating in a public call held at the Tehran Music and Book Hall, and began his music career professionally. He studied several Iranian and foreign instruments and eventually chose the piano as his professional instrument. He always follows the works of pop artists and musicians, and poets such as Moein, Ebi and Hassan Shamaeizadeh are his favorite role models. “Traditional music gives him a lot of comfort, and artists like Mohammadreza Shajarian in the traditional style were his favorite singers,” he says. His first professional experience in music dates back to the song “Purple” in 2020, which was met with various acclaim and criticism. His interest led him to design and perform music in his own style in 2020, and to design poems such as “ESHGH MAN”, “BANAFSH”, “KHODA JON”, “ESHGH DIRIN”, “YAR” and etc.[4]

In 2004, Saeed played the role of “Qasim” in a film called “Hello My Land”.[5] The subject of this film was about a boy who lived in a poor family. The boy was very interested in calligraphy and for financial reasons his parents did not allow him to participate and work in his favorite field. He farmed to support himself and his family. One of the sunny days of the city, an old man came to the city of Neyriz and met Saeed (Qasim) and shared all the problems of his life with that old man. Eventually, the two became friends, and Qasim’s family sent him to the city with the old man to work in calligraphy. It is also rumored that this film is based on the reality and biography of Saeed Mohseni.[6]

His favorite sports are swimming and gymnastics, which he has been doing since he was a child. Saeed’s goals for the future are to become one of the top musicians and to be able to create sweet memories for his compatriots and musicians with beautiful and happy performances. Saeed intends to reach a place where one day all people will remember him well and his music will be a happy and full of joy for them.[7]

Retrieved from "https://en.everybodywiki.com/index.php?title=Saeed_Mohseni&oldid=2362178"
Categories:
Hidden categories:
This page was last edited on 13 March 2022, at 09:25.
Content is available under License CC BY-SA 3.0 unless otherwise noted.
This page has been accessed 89 times.
Privacy policy
About EverybodyWiki Bios & Wiki
Disclaimers