Seal of the District of Columbia 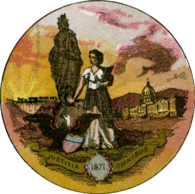 Seal of the District of Columbia in 1876. 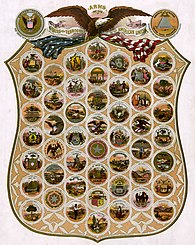 This collection of United States Seals was registered by the Library of Congress in 1876. When enlarged, the Seal of the District of Columbia has one noticeable difference: the space now occupied by George Washington is held by the Statue of Freedom.

Share
Retrieved from "https://en.everybodywiki.com/index.php?title=Seal_of_the_District_of_Columbia&oldid=2180123"
Categories:
Hidden categories:
This page was last edited on 10 December 2021, at 13:52.
Content is available under License CC BY-SA 3.0 unless otherwise noted.
This page has been accessed 181 times.
Privacy policy
About EverybodyWiki Bios & Wiki
Disclaimers