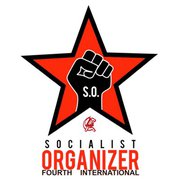 Socialist Organizer believes, with the Fourth International, that the emancipation of the working class from the chains of capitalism will come only at the hands of the working class itself. Thus it seeks to build the Labor Party in the U.S. and a Workers' International. To this end, it has participated in campaigns of the ILC—a multi-tendency international regroupment of trade unionists and political activists in 92 countries—since its formation at Barcelona, Spain, in January 1991.

Since 2006 Socialist Organizer has been intensely involved in the building of the US immigrant rights movement and the movement against budget cuts in the State of California.

Socialist Organizer is composed overwhelmingly of Latino working class youth, the result of being one of the more consistent left wing organizations involved in immigrant rights in since the famous 2006 General Strike by immigrant workers.

In 2009, Socialist Organizer and a number of Latino and immigrant working class organizations launched El Organizador, a forum for those in the Latino community who seek to develop a class struggle left wing among immigrant rights activists and other Spanish-speaking worker activists.

Since Socialist Organizer began publication of its newspaper The Organizer in February 1991, it has focused on helping to advance the struggle for independent political action by the working class and all the oppressed, both at home and abroad. In order to further this aim, it claims that The Organizer is an open forum for all individuals and currents in the workers' movement that seek to build the Labor Party and a Workers' International.

Share
Retrieved from "https://en.everybodywiki.com/index.php?title=Socialist_Organizer&oldid=962115"
Categories:
This page was last edited on 17 August 2020, at 10:23.
Content is available under License CC BY-SA 3.0 unless otherwise noted.
This page has been accessed 617 times.
Privacy policy
About EverybodyWiki Bios & Wiki
Disclaimers