Listen to the song Zebra (song) or Buy it on amazon

"Zebra" is a song by New Zealand teenage youtube recording artist Liam, from his debut mainstream studio album Stupid Little Pill (2011).[1] Written by Liam and his former band-mate Samantha Ward, it was served as the lead single from Facebook Records. As the song is filled with some suggestive lyrics, his record label were intially embarresed after Liam announced he would record this song, and after that his record label asked him not to release it. It will be included in his upcoming album. There was an original recording of the track, but was discared and was re-recorded three times until the official release.

It was recorded on Liam's laptop by Audacity, which Liam uses for the rest of his album. "Zebra" is a dance-pop song, which is a cover/parody of American singer and songwriter Katy Perry's single "Peacock" from her album Teenage Dream (2010).The lyrics talk about naughty things, which is the same as Peacock, but instead of "cock-cock-cock" its changed to "bra-bra-bra". To date from any summit or and creation of this version, Liam to date is the only youtuber to release such a version, as on video's of Peacock, there is usually a comment that usually says "I Wanna See Your Zebra". "Zebra" received generally negative reviews, mostly calling the quality "unclear" and "inunderstandable", but some did praise the creation of it. No music video was produced, only a thumbnail still of the cover. The song had charted at number four on the Facebook Singles Chart.

Due to the failure of Liam's March, 2011 Audacity album Northen Lights, Liam decided to put his minor independent career on hold. Liam decided instead to film songs of him from his favorite songs, which were not released. Facebook had signed Liam a six-month deal until December 31, 2011. Liam, Samantha Ward, Shana King and Marty Ward had written the song for Liam on his extended play Stupid Little Pill, which is due to release this summer 2011.[2] The song was recorded on Liam's laptop at the time with Audacity. However, when Liam uploaded, he got excellent reviews from users, but they said that the song was hard to 'hear and understand'. Liam announced on his Facebook page that he would record a second version, which will be better than his current version. The official version was released on September 06, 2011. The original version however, was removed.[3] Liam has said that "Zebra" is an opposite song to Katy Perry's song "Peacock". His voice has bbeen pitched higher for the exaguration threw the songs production. He recalls the song as "jumpy". Liam said on his Facebook that "Zebra" remains his most favorite song in his career. The artwork features the title and his name as well as a Zebra in a zipper. The artwork of "Zebra" was published threw the lyric video of the song on Youtube.

There are two main b-side's to the song; "Hand in My Pocket" and "Ironic". And for a fact, both songs are covers from Canadian recording artist Alanis Morissette. Liam had officially broadcasted "Hand in My Pocket" on his youtube channel. While "Ironic" was chosen as the second single from Liam's studio album Stupid Little Pill (2011). A music video for "Ironic" was released on Liam's youtube channel. Alanis's version was used for the audio instead of Liam's.[4]

Release and similarities to "Peacock"[edit] 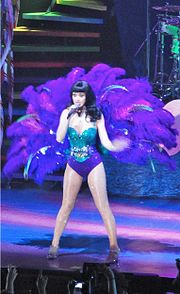 The original version was released on August 23, 2011. It spanned nearly one thousand views on Youtube, but Liam removed the version because he recorded a newer version. It was released as a minor digital download, but no downloads were threw. Liam released the newer version on September 5, 2011. It was available as a digital download from then. The artwork was released as the video on Youtube. It pictures a Zebra with 3D text of the title and Liam's name.[5] Currently on Youtube, the song received a honor for the #39 Top Rated (Today) Music in New Zealand.[6]

American recording artist and songwriter Katy Perry's song "Peacock" was released on her album Teenage Dream (2010). According to Liam, he had said on an interview sheet on his facebook saying "The main idea was from the song [Peacock]". He added "Everyone on Youtube had started saying 'I Wanna See Your Zebra-bra-bra', and it was annoying that no one had made their own version'.[7] The song has very different lyrics, however they mean the basic same meaning of the lyrics in "Peacock". Currently on Youtube or any other website, he is the only user to release such a version.

"Zebra" has received generally mixed reviews from the public. The song had received generally favorable at the start, until it fell to a more mixed/negative reception. A fan-poll of the song was launched on Katy Perry's forum. The song had received one good vote, two negative votes and one mixed vote.[8] From the album review for Stupid Little Pill (Liam's digital album), Facebook Reviews highlighted it as a album standout, but they did say "with a drift threw to new pop rock and alternative music, 'Zebra' does no favours of helping it". Bebo Reviews had also highlighted the song as a standout saying "its the clashiness of the song that will keep it top marked for a while". The song currently had 6 likes and 12 dislikes.

No music video was released for the single, however Liam had stated that a "probable music video may be in the works later on the year". It was announced a lyric video will be release on Youtube. It was rumored a music video maybe in production, due to Liam announcing he is still promoting the single worldwide in any way possible, although no notice has came yet.[9]

These are the official tracklist and formats for the single "Zebra".[10]

Digital EP
(NOTE: "Hand in My Pocket" and "Ironic" are featured on the album, but the digital EP was cancelled worldwide)