Arc Machines, Inc. is an American company that designs, manufactures and distributes advanced automated orbital welding equipment, systems and services. Founded in 1976,[1] Arc Machines is headquartered in Pacoima, California with offices in Switzerland, Germany, the United Kingdom, and India plus a network of domestic and international representatives in more than 55 countries worldwide.

Arc Machines, Inc. (AMI),[2] was created in 1976 to provide engineering solutions for custom applications requiring reliable automatic orbital welding equipment that produces high quality, repeatable welds mainly in the semiconductor and nuclear industries. From its early development as an inferior welding process for the semiconductor industry, AMI[3] has been expanding its orbital welding technology and now serves the needs of many other industries such as food processing, pharmaceutical, offshore, biotechnology, shipbuilding, nuclear, power generation and aerospace, among others. 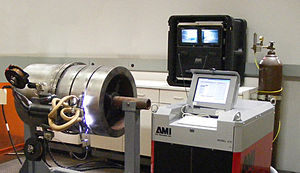 Retrieved from "https://en.everybodywiki.com/index.php?title=Arc_Machines&oldid=1135361"
Categories:
Hidden categories:
This page was last edited on 20 November 2020, at 16:02.
This page has been accessed 24 times.
Content is available under License CC BY-SA 3.0 unless otherwise noted.
Privacy policy
About EverybodyWiki Bios & Wiki
Disclaimers
Mobile view