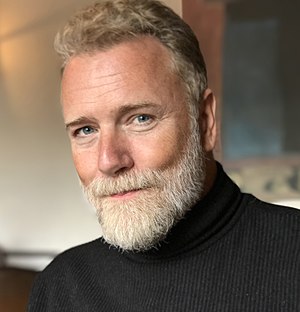 Audu Paden (born 20 December 1963) is an American television producer, director, cartoonist and writer. Born in London to American parents and raised internationally, he spent many of his early years in Sub-Saharan Africa. He studied theater at Northwestern University and then animation at the UCLA Animation Workshop in the 1980s. He is the showrunner for the Monster High and Ever After High series for Mattel as well as the producer of various Hot Wheels entertainment. He is also a voice director and actor.

Paden has produced and directed over 200 hours of television programming, including over 100 half-hours of computer animation and 15 CGI features.[1] He has worked at Mattel since August 2007 and is currently a show runner, writer, and producer.[2] He is married to western wildlife painter Theresa Paden and has three children.

Share
Retrieved from "https://en.everybodywiki.com/index.php?title=Audu_Paden&oldid=932914"
Categories:
Hidden categories:
This page was last edited on 8 August 2020, at 13:47.
Content is available under License CC BY-SA 3.0 unless otherwise noted.
This page has been accessed 512 times.
Privacy policy
About EverybodyWiki Bios & Wiki
Disclaimers