Lionel Bradley born In Glendale, California,[1] better known by his stage name Ceno, is an American rapper from Los Angeles, California. In 2015, he entered the Hip hop world releasing his single, "Say My Name" Which started creating a buzz for him on Youtube and some FM radio[2] The single's success landed him an opening slot in the first annual ‘’’Real Show’’’ [3] at one of the most notable venues The Forum in Inglewood, California hosted by ‘’’Real 92.3’’’ KRRL.[4] Which is also home to the radio personality Big Boy as of 2015-present. To Continue the buzz Ceno was enduring he created a visual for the song ‘“Say My Name”’ Later releasing the video on WorldStarHipHop.[5] Which received over a million views and positive feedback

In March 2016, Ceno decided to display a more lyrical approach slightly different than that of “ Say My Name” with the release of an unofficial mixtape titled “The One Take Mixtappe” on Datpiff [6] which received generally positive reviews and Seventeen Thousand downloads. Following a few more single releases “6 In The Morning”, “Magneto”, “Pop That”, “Noter”, “Fresh” and many more over the course of a two years.

Ceno was born Lionel Bradley in Glendale, California. He is one four boys, two younger, one older. Ceno Grew up heavily influenced by the streets and gang culture identifying with the blue side of the spectrum crips.[7]

Main articles: Say My Name and See Me 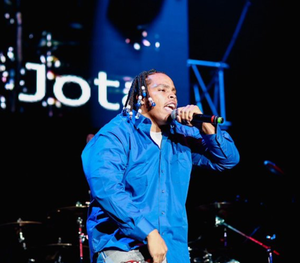 Ceno was Heavily Influenced by crips and drugs. He fell knee deep into that type of lifestyle. However he always had a love for music growing up playing instruments and being apart of a few jazz bands. By his late teens he was a high school drop out, selling drugs. The fast life wasn’t too far fetched or in between for Ceno moving along at a rapid paste. Until Ceno’s fast paste lifestyle came to a screeching halt resulting in incarceration. Ceno was then sentenced to five years in prison for armed robbery.[22]