Danphone was founded in 1990 as a spinoff of the the then leading Danish GSM telephone manufacturing company Dancall. In the beginning the company manufactured Land Mobile Systems and Train Mobile Systems.The first customers were in Norway, Sweden, Egypt, Antarctica, UK, India and Pakistan.

During the years, Danphone has specialized in two main focus areas: 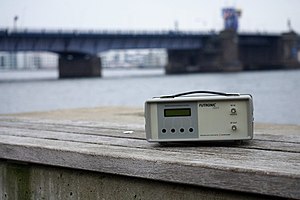 GMDSS-AIS-SART test boxes are developed and manufactured under the brand name Futronic, whcich are used worldwide for the inspection of communication and navigation equipment on board ships.

Today, Danphone is a leading global supplier with coastal radio and NAVTEX systems operating in more than 40 countries and more than 2.000 Futronic test boxes in more than 80 countries.

All coastal radio solutions are delivered in compliance with relevant Maritime standards IMO SOLAS and telecommunicationITU specifications, including DSC, voice and data logging, and interface with landline telephones.

This article "Danphone" is from Wikipedia. The list of its authors can be seen in its historical and/or the page Edithistory:Danphone. Articles copied from Draft Namespace on Wikipedia could be seen on the Draft Namespace of Wikipedia and not main one.

Share
Retrieved from "https://en.everybodywiki.com/index.php?title=Danphone&oldid=879616"
Categories:
Hidden categories:
This page was last edited on 21 July 2020, at 19:12.
Content is available under License CC BY-SA 3.0 unless otherwise noted.
This page has been accessed 2,560 times.
Privacy policy
About EverybodyWiki Bios & Wiki
Disclaimers