The Dark Lady is a stock character in fiction. Her darkness is either literal, meaning that she has dark skin, or metaphorical in that she is a tragic, doomed figure. The two may go together, with one being an allegory for the other. Such a character appears in several of Shakespeare's sonnets.

William Shakespeare wrote of a Dark Lady in his sonnets. The woman is described as having dark hair, dark skin, and a dark nature.[1] There has been much speculation as to her true identity.[2] He also created several, doomed dark ladies as characters in his plays such as Cleopatra and Lady Macbeth.[3]

Speculation about the Dark Lady[edit]

The question who the Dark Lady was is a hitherto unsolved, controversial issue because of the insufficiency of background detail. Most scholars have brought to a conclusion that she might be of Mediterranean descendant with dark hair and dark eyes of Greece, Spain, Italy and Southern France. They argue that the Dark Lady was not of African descent for “black” was a term commonly used to refer to a brunette. Speculation from researchers about the identity of the Dark Lady include Emilia Lanier,[4] Black Luce,[5] Aline Florio,[6] Lucy Negro,[7] Mary Fitton, Emilia Lanier and Elizabeth Wriothesley. 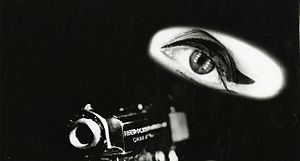 In American media, she is often portrayed as Latina.[8]

A number of characters in video games are referred to as the Dark Lady, for example, Sylvanas Windrunner in Warcraft.

Retrieved from "https://en.everybodywiki.com/index.php?title=Dark_Lady_(character)&oldid=879743"
Categories:
Hidden category:
This page was last edited on 21 July 2020, at 18:51.
This page has been accessed 146 times.
Content is available under License CC BY-SA 3.0 unless otherwise noted.
Privacy policy
About EverybodyWiki Bios & Wiki
Disclaimers
Mobile view