Edon Xhavit Molla (born March 8, 1994) is an Albanian American singer, songwriter, record producer, guitarist, and pianist. His first single "Tears" debuted on January 6, 2019, along with his first music video. Prior to music, Edon was a basketball player who played for St. Francis College of the National Collegiate Athletic Association (NCAA). He played shooting guard and point guard. He was invited to play for the Kosovo National Basketball team. He played high school basketball for legendary coach Bob Hurley at St. Anthony High School in Jersey City, New Jersey. 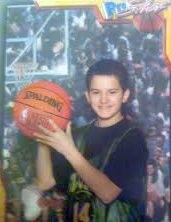 His family left Kosovo because of the persecution of Albanians initiated with the disintegration of Yugoslavia. His Family relocated to Brooklyn, New York in 1996 when Edon was two years old. Molla started playing the guitar and piano when he was 14 years old as a hobby but focused on basketball until he met the legendary singer Roberta Flack in 2016 and she urged him to reconsider basketball for music.

He started playing basketball when he was 5 years old. At 8 years old, Edon joined his first team, St Columba, where he played until he was 13 years old. By the age of 10, he was playing on the 13-year-old team. When he was 13 years old he led St. Columba to the New York City championship game in which they lost. Although they lost he had gotten the attention of many high school coaches in New York and New Jersey. Molla also appeared in his first newspaper article in Bay Currents at the age of 13.[1] 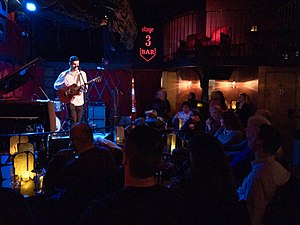 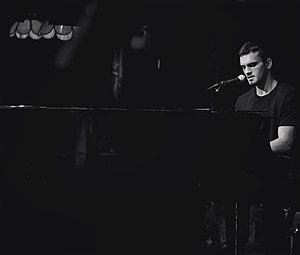 Roberta Flack agreed to practice and train Edon for a month that summer if he wanted to pursue music and not basketball. Edon always played music, the guitar, and piano but as a hobby and to relieve stress from basketball but never took courses or ever thought about becoming a musician. Since meeting with Roberta Flack, Edon decided to pursue music and retire from basketball. He has had numerous sold-out shows in some of the biggest music venues in New York.

He began his high school career at Bishop Ford Central Catholic High School. As a true freshman, he played on the varsity team. As a sophomore, he transferred to play high school basketball for legendary coach Bob Hurley at St. Anthony High School in Jersey City, New Jersey. He commuted four hours daily from Brooklyn New York to Jersey City New Jersey, he woke up around 5:30 or 5:45 a.m walked to the 82 Bus to the 2 train. The 2 Train to the 4 Train. The 4 Train to Fulton St., where he picked up the PATH. The PATH train to Newport. Then, after about a half-mile walk, he finally arrived at his destination—St. Anthony High School.[2] 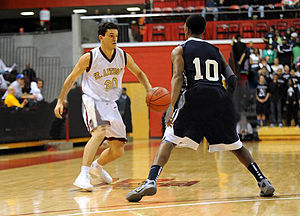 At St. Anthony High School he won three New Jersey State Championships, two Tournaments of Champions Titles, and two U.S.A. National Championships. During his four-year high school career, his overall team record was 127–5, including back to back undefeated season during his junior and senior years, 66–0. He also served as Team Captain senior year of high school. In 2012 he was selected to the New Jersey All-Stars Team that played against Connecticut (CT vs. NJ All Stars Game). Edon Molla and his teammates were honored by the Governor of New Jersey Chris Christie for their first national championship and the New York Yankees at Yankee Stadium for winning their second national championship, back to back national titles. Also, the team was on several TV shows such as CBS 60 Minutes, ABC's 20/20 and TLC's Cake Boss, and a book Chasing Perfect by Daniel Pasner.[3][4] 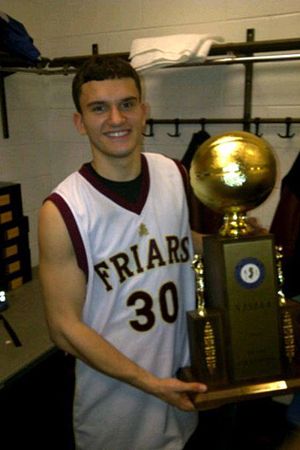 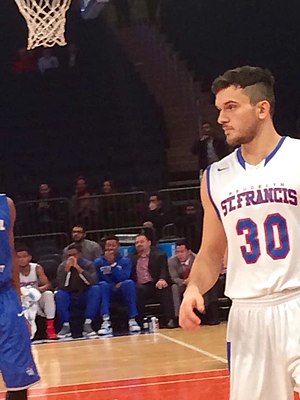 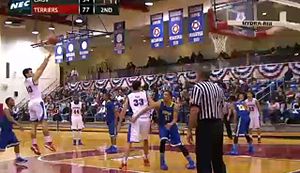 Edon Molla joined the St. Francis College in 2013 to play Division I basketball for the Terriers. St. Francis competes in the Northeast Conference in Division I of the NCAA. The Terriers play on the Peter Aquilone Court at the Generoso Pope Athletic Complex located in Brooklyn Heights, New York on the St. Francis College campus.[5] The Terriers also host home games at Madison Square Garden and at the Barclays Center. The 2014–15 Terriers for the first time as members of the NEC, were selected as the preseason NEC favorites by league head coaches. The program was also selected to participate in the 3rd annual 2014 Barclays Center Classic. On January 31, 2015, the Terriers gained sole possession of first place in the NEC after defeating LIU Brooklyn in the annual Battle of Brooklyn. For St. Francis Brooklyn, it marks being in first place after 10 games since starting 8–2 in the 2003–04 season. That year the Terriers finished 12–6 and shared the NEC regular-season title with Monmouth. On February 21, 2015, the Terriers clinched the NEC Regular Season Championship and recorded their first 20+ win season since the 1998–99 season. The Terriers closed out the regular season at 21–10 overall and 15–3 in conference play.[6][7][8]

Edon Molla was eligible to play for either Albania, Montenegro or Kosovo, In the summer of 2014, he was invited to play for the Albanian national basketball team. However, he wasn't eligible to receive an Albanian passport and citizenship because he is an ethnic Albanian from Montenegro and Kosovo. He has decided to wait for further ruling however he may possibly apply for Albanian citizenship through his grandmother who was born in Kukës Albania.[9]

During a live interview with Kohavision-KTV on Interaktiv with Bujar Mehmeti and Xhemajl Rexha, Edon said he was ready to play for the Kosova National Basketball Team and that his brother is in contact with the Basketball Federation. "My family and I have been in contact with the Basketball Federation of Kosova, hopefully, everything works out. I think Kosova can have a great national team and can compete against other countries. A lot of good players in Kosova. I really think we can compete and have success on the international level." On April 22, 2016, he was granted a Kosovan passport.

After going undrafted in the 2016 NBA draft, Edon Molla in July 2016 signed with K.B. Bashkimi which plays in Kosovo's first division IP Superliga and the Balkan League (BIBL), a multinational professional basketball league that features pro clubs from the Balkans. The league includes teams from Bulgaria, Macedonia, Montenegro, Kosovo, and Albania.

Edon Molla was born in March 1994 in Prizren, Kosovo and grew up in Brooklyn, New York. He is the son of Xhavit Molla (sports teacher) and mother- Merita Xharra Molla (economist). His father was born in Ulqin and at the age of 13 moved to Gjakova, Kosovo to attend high school, after graduating high school he moved to Pristina Kosovo, to pursue higher education at the University of Pristina. His mother, Merita Xharra, was born in the historic town of Prizren in Kosovo. His family immigrated to the United States of America before the War in Kosovo. Edon has an older brother Admir Molla, who graduated from New York University. Edon and Admir are fluent in Albanian. 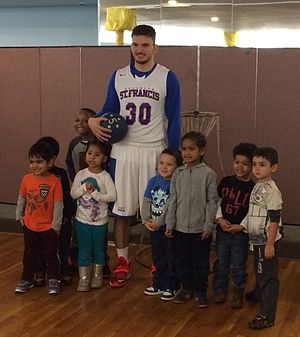 Edon Molla at the kids with disabilities clinic.

You have to Sign in or create an account to comment this article !
Retrieved from "https://en.everybodywiki.com/index.php?title=Edon_Molla&oldid=885898"
Categories:
Hidden categories:
This page was last edited on 23 July 2020, at 08:32.
This page has been accessed 160 times.
Content is available under License CC BY-SA 3.0 unless otherwise noted.
Privacy policy
About EverybodyWiki Bios & Wiki
Disclaimers
Mobile view