Eleanor Shellstrop is a fictional character who appears in NBC's fantasy sitcom The Good Place. Mainly portrayed by Kristen Bell, she is the main protagonist of the series. Avery Hayes portrayed her as a teenager and Noelle E. Parker portrayed her as a child. Bell was praised for her performance.

Created by Michael Schur, Eleanor is depicted as a selfish, rude pharmaceutical sales representative, seemingly having been placed in The Good Place, a place for deceased good people, in error after being mistaken for a lawyer. In attempt to try to become a better person and keep her place, Eleanor recruits Chidi Anagonye (William Jackson Harper), a professor of ethics and moral philosophy when his was alive, to teach her to become a better person. 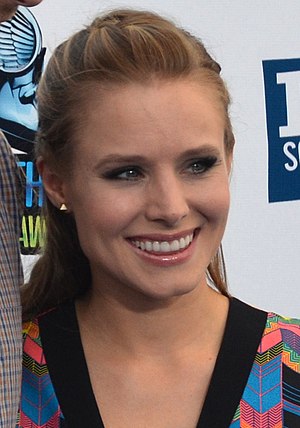 When she was alive, Eleanor was selfish and rude.[1] She claims that she is spiteful because her parents didn't raise her well.[2] During her time in the Good Place, Eleanor desperately tries to become a better person, learning under Chidi who was a professor of ehtics and moral philosophy when he was alive.[3] She is also bisexual.[4]

Share
Retrieved from "https://en.everybodywiki.com/index.php?title=Eleanor_Shellstrop&oldid=1705527"
Categories:
Hidden categories:
This page was last edited on 10 May 2021, at 08:38.
Content is available under License CC BY-SA 3.0 unless otherwise noted.
This page has been accessed 309 times.
Privacy policy
About EverybodyWiki Bios & Wiki
Disclaimers