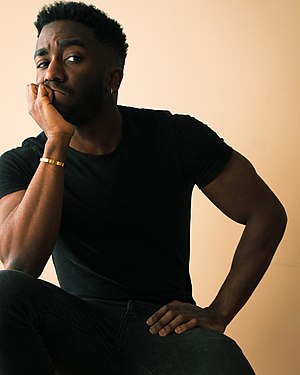 Gentry Pack (born May 16, 1995), known professionally in the art community as G. Pack is an American artist, illustrator, animator, and graphic designer. He works in paintings, drawings, digital illustrations, and clothing designs for his company, For Glory.

Gentry Pack was born in Baltimore, Maryland. After discovering an interest for drawing at the age of seven, Pack continued to practice his skills through high school in the hopes of becoming an architect. Once admitted into the School of Architecture at the University of Maryland, College Park, Pack lost the desire to pursue his career in architecture after just two years. His change in attitude lead him to fully focus on studying the practice of creating and selling art professionally. During his final year at the university, Pack left the country to live in Italy and study the techniques of Venetian Renaissance Art. Upon returning back home, Pack received his BA in Studio Art & Design from the University of Maryland and began his career as an independent artist.

The first public exhibitions of Pack's work took place in New York City in the Chelsea Art District. His work was included in a group showcase introducing a new batch of artists freshly accepted into the gallery. This event lead to Pack's first professional sale, encouraging him to expand his artwork's size and reach. He was then simultaneously accepted into the InLiquid Art + Design in Philadelphia, Pennsylvania. Working with the two galleries in conjunction allowed his work to achieve a new level of marketing and exposure. The majority of Pack's paintings were acrylic based portraits, which was a contrast to the traditional oil based portraits that were available in similar spaces. Many of his subjects included African American models and musicians that inspired his creative expression. He frequently combined elements of urban pop-culture with minimalistic compositions and detail oriented realism. By the age of 25, he had been published in multiple international artist's magazines. Following his success in the gallery space, Pack made a transition to use his artwork and create his first clothing line, For Glory, on October 10, 2020.

This article "G. Pack" is from Wikipedia. The list of its authors can be seen in its historical and/or the page Edithistory:G. Pack. Articles copied from Draft Namespace on Wikipedia could be seen on the Draft Namespace of Wikipedia and not main one.

Share
Retrieved from "https://en.everybodywiki.com/index.php?title=G._Pack&oldid=2209655"
Categories:
This page was last edited on 30 December 2021, at 00:52.
Content is available under License CC BY-SA 3.0 unless otherwise noted.
This page has been accessed 105 times.
Privacy policy
About EverybodyWiki Bios & Wiki
Disclaimers