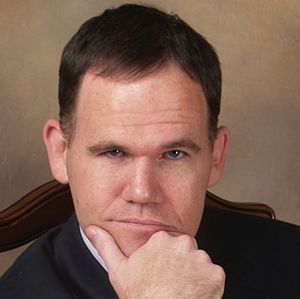 Jimmy Moore (born December 27, 1971) is an American blogger and author who is best known for his "Livin' La Vida Low-Carb" blog and podcast, and more recently for his books on nutrition. He has appeared on television and radio programs promoting a high-fat, moderate protein, low carb diet plan. His weekly podcast, "Livin' La Vida Low-Carb", has run over 1100 episodes featuring interviews with experts in diet, health, and fitness. Moore also hosts the "Keto Talk" podcast. He currently resides in Spartanburg, South Carolina.

Moore was born December 27, 1971. He attended the University of Tennessee at Martin, where he obtained a Bachelor of Arts degree in Political Science and English. He also received a Master's Degree in Public Policy from Regent University.[citation needed]

In early 2013, starting at a then current weight of 306 pounds, Moore performed a self-experiment (n=1) on ketosis. His experiment included testing for blood ketones, a marker for beta-oxidation. Moore also incorporated weight-loss techniques such as intermittent fasting and weight lifting.[citation needed]

Moore is not an adherent of the current American Medical Association position on cholesterol.[citation needed]

Retrieved from "https://en.everybodywiki.com/index.php?title=Jimmy_Moore_(author)&oldid=912552"
Categories:
Hidden categories:
This page was last edited on 1 August 2020, at 20:01.
This page has been accessed 3,114 times.
Content is available under License CC BY-SA 3.0 unless otherwise noted.
Privacy policy
About EverybodyWiki Bios & Wiki
Disclaimers