He recorded and released his debut album, 3 Hours in 2016. It received many positive reviews with some journalists comparing his voice and playing style to artists such as Damien Rice and John Mayer.

On December 1 2016, Gannon signed to London-based label, "The Animal Farm".

He released his EP "Care Factor Zero" in February 2017.

On March 6 2017, his song "The Only One" was featured on the award-winning documentary series Sailing La Vagabonde in the episode "One Month of Sailing in New Zealand. Trip of a Lifetime! Ep. 76."

On August 13 2017, Jode played at Boardmasters Festival in Newquay, Cornwall along with artists such as Alt-j, The Flaming Lips, Two Door Cinema Club and Stormzy.

On September 10 2017, Gannon played live on the BBC Stage at the Little Orchard Cider & Music Festival in Cornwall, United Kingdom alongside artists such as Hothouse Flowers, Scouting for girls, The Neville Staple Band and many more. 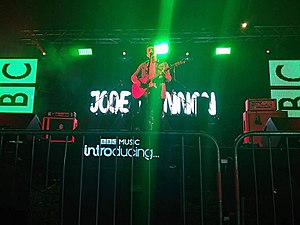 He is a supporter of the Australian Rugby League Team, South Sydney Rabbitohs, having players Sam Burgess, Greg Inglis and John Sutton with the writing "Premiers 2014" tattooed on his left arm.

His other tattoos consist of his last name across his back, a Fender Stratocaster on his right forearm, the lyrics "I'm still growing up" from the song of the same name by musician Macklemore on his left forearm, "Williams" across his chest and a half sleeve Celtic tattoo on his right arm.