Kokborok is an official language of Tripura state of India. It is a language,which is widely spoken by 1.9 million people in India and Bangladesh. The word Kokborok is a combination of two words 'Kok' and 'Borok', 'Kok' which means "Language" and 'Borok' which means "Human", so, together Kokborok means The language of Human Beings or the language of The borok people. But it was completely different before the start of 20th Century. Instead of using the term Kokborok as the language of the borok people, the language was rather known as Tipra, also the language of Tiprasa. Tipra was mixed of few more languages which are also natively spoken in Tripura, that are Halam Language, Mok Language, Darlong Language, and present Kokborok language. Tipra also had a script which is so far extinct now, known as Koloma. The chain of using the term Tipra to expressed all the native languages of Tripura it was individual coined Kokborok as the language of people related to the family of Bodo-Kachari branch.

At the 70's and 80's there were a mass movements, and revolt for the development of Kokborok language and to preserve the rich Tripuri Culture. At the beginning of the 21th century the demand to use Latin script in writing Kokborok raised. Since then many organization uses the Latin script to publish books, articles, magazines, Newspapers, and to express their thoughts in media and social Media, instead of using Eastern nagari script (Bengali Script). The use of Bengali scripts are also widely seen in writing Kokborok as it is used for educational purposes in schools and in bigger institutes.[1]

It was then from 2010 the demand for Kokborok's own script became a serious issue for Kokborok developers. Since then many developer had trying to develop a better reliable source for Kokborok Language. But recently in the last two decades a substantial amount of Kokborok literature has been in the European Roman (Latin) Script. In 2004 a statewide movement called Movement for Kokborok was launched by various organisations and societies in Tripura, prominently by Kokborok tei Hukumu Mission and Twipra Students Federation demanding the inclusion of Kokborok at the University level and its adoption as an Official language of India (which had been accorded to its sister language Bodo recently). The case for Roman Script has been widened by the fact that the largest dictionary in the language has been published by KOHM in it from 1995 onwards and got a bigger second edition in 2003. The Dictionary has become a somewhat official reference of the Tripuri people for Kokborok words and usage.[2]

Many Developed scripts for Kokborok[edit]

1) Alindralal Debbarma, was the first of them, to develop a script of his own for Kokborok, it is better known as Tripuri script

2) There were also other developers who developed a script Kokborok. This was Ananta Debbarma, his dedication can be clearly seen in his works. This script is consider one of the most unique scripts so far. 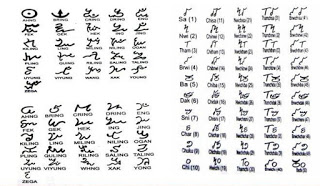 3) Other developers like Montrajoy Tripura, also had a visioned script for Kokborok 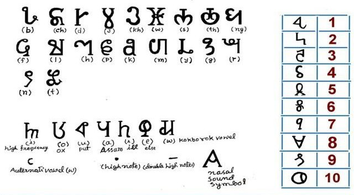 5) There were also people from Bangladesh, who also contributed in developing a Script for Kokborok, Malek Fakir was one of does.

6) In Bangladesh, Organization like Tripura_Jati_Porichoy of Mustafa Majid also Contributed in developing Kokborok 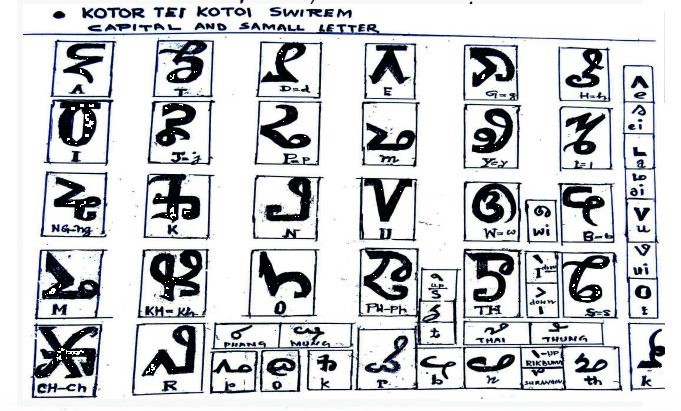 8) From them the most popular or renowned developed script is "The Aima". Kokborok script developed by Hiralal Debbarma. The script which has some opportunity to gain as official status by the Kokborok department as the official script.

9) Another script which has very dark background with no Identified Developer claiming as the their own, but its can be found own in social pages. The is developed by Anonymous. Yet this is script which has a powerful system of its own. You can just say it a abugida like "Latin" or "Roman" characters or Logo graphics like of "Chinese characters" as in this scripts, characters like - "UA" meaning Ua (in Kokborok "Bamboo"), "AA" which means Aa (in Kokborok "Fish"), but characters like "EE" is not actually "Ee" , its actually the word

"Emang", so instead of writing Emang by combining characters like "Ee"+Mw+Aa+Wng", you can simply placed the character "Ee" it will mean "Emang" for you.

Characters like "UO" "AA" "EE" "O" "AE" and "AENG" have two characters, like you use "Devanagari" vowels and "Eastern Nagari" scripts vowels or like you use "Meitei Script", so does the second characters of our Kokborok Script are use on the same principle. 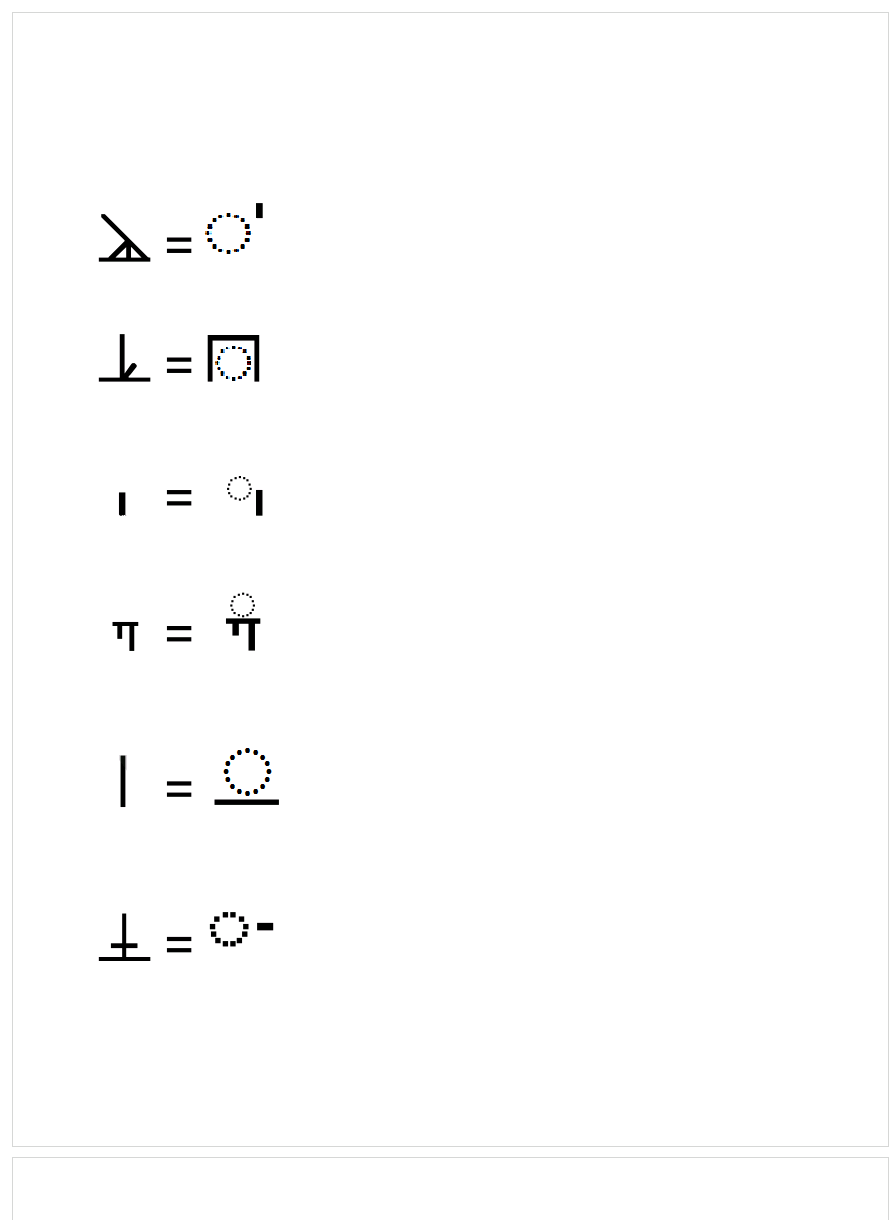 Retrieved from "https://en.everybodywiki.com/index.php?title=Kokborok_script&oldid=954461"
Categories:
Hidden category:
This page was last edited on 15 August 2020, at 09:55.
This page has been accessed 2,235 times.
Content is available under License CC BY-SA 3.0 unless otherwise noted.
Privacy policy
About EverybodyWiki Bios & Wiki
Disclaimers
Mobile view