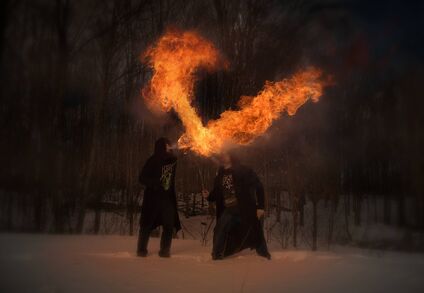 LanzerRath is a northern Michigan black metal act founded in 2018 as a side project by the lead vocalist of Undercroft and another artist known only as “I”. [1] The act is a conglomerate of prominent individuals in the local metal scene, but also features guest appearances from local non-metal artists. When interviewed about the contributors “II” revealed that the names are credited under an arbitrary, pseudo-roman numerical system, inspired by Darkspace’s album names.[2] The exception being the band’s graphic artist/designer Korpi.[3]

The style of the band is distinct in it’s intentional departure from traditional musical theory.[3] In a 2019 interview with Crosis Urungus of Leviathan Zinecast, it was revealed that “II” “… was influenced by the amateurism of bands such as Judas Iscariot and early second wave releases … (and) imperfections of those releases.” The band has frequently stated that it believes mindset, emotions, and intentions of the artist are more influential on the metal genre than the musical talent.[3][4] Alcohol consumption is also frequently noted by the band as an influence in their style.[3]

Lyrical topics in Lanzerrath seem to vary with each release. Their freshman release shows influences from entertainment media[4][5]; their sophomore album discusses topics like depression, drug use, and poverty[6]; and their third release strays into western science-fiction and insanity.[7] The band occasionally strays into topics of space and satanism across all their releases.[3] 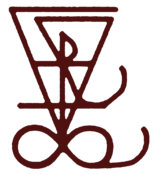 In February of 2021 the band signed with Black Metal Catalog Productions (BMCP), located in Sofia City Province of Bulgaria, for European distribution. Initially the band had been promoted on the Black Metal Catalog Youtube channel before being signed by the label.[8] Black Metal Catalog (BMC) is among many notable black metal Youtubers to have posted works by the band, others include; Only Black Metal[9], No Gleaming Light[10], and Macabre Operetta[11]. In May 2022, LanzerRath became the second band premiered on 91.7FM The KOOP’s new radio program; Under The Eternal Night.[12]

"Cosmic Theriac" (single) from the album An Infinite Instant[14]

Critical reception of the band has been good, with Ryan George (JGILBERT) of Mosh Pit Nation giving their first album a 4 out of 5; describing their style as engaging, and a "constantly shifting composition style that manages to ... hold the listeners attention without becoming riff salad…"[15] Listener scores have also been favorable, with a Discogs' score of 5 out of 5 for all releases listed (as of April 18th 2022)[16] and a 4.97 out of 5 on Metal Tracker (as of April 19th 2022).[17]

Share
Retrieved from "https://en.everybodywiki.com/index.php?title=Lanzerrath&oldid=2631029"
Categories:
Hidden categories:
This page was last edited on 20 May 2022, at 06:18.
Content is available under License CC BY-SA 3.0 unless otherwise noted.
This page has been accessed 121 times.
Privacy policy
About EverybodyWiki Bios & Wiki
Disclaimers