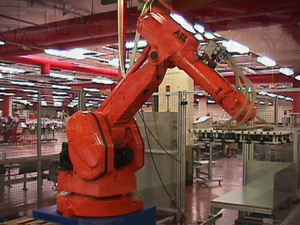 The facility landed in Baar almost by chance. The founder of Lego, Ole Kirk Christiansen, discovered, on a return to Zurich Airport, an office building of Kenwood AG with much surrounding land.

The building was bought and served as a Swiss headquarters and operating center. Construction of a production hall was started. Since steel beams and concrete finished elements were used, the construction did not take long. This was the first Lego factory outside of Denmark. Since the factory was established in the geographical area of Baar with the name of Lättich, it was named Lego Lättich.

With the increasing demand, the production area around Hall 2 was expanded to Hall 3 as well as Hall 4. Construction of the injection molds as well as the research and development department was also under construction in Hall 4. With this expansion the land reserves were exhausted at this location. With a total of 213 injection molding machines, the production site was the largest Injection moulding plant in Switzerland. With the waste heat generated during the injection molding process, the nearby Indoor and outdoor swimming pool Lättich (German: Hallen- und Freibad Lättich) of the municipality of Baar was heated. After the closure of the production plant, the swimming pool had to purchase a wood-fired heating system.[4]

As the demand continued to grow, the tool shop was moved to a new building in Steinhausen. The repair workshop was set up in Lättich instead of the tool shop. Since the course was still scarce, another production was built in the area of Neuhof in Baar. It was given the name 'Lego Neuhof' . In contrast to production at Lättich, not only injection molding but also further processing such as Pad printing, high frequency welding, assembly and packaging were carried out here. Here, the full crates with the Lego parts were completely automatically replaced by empty ones in the injection molding machines and shipped to a high-rack warehouse. The research department was outsourced from the Lättich in a new building together with a product development department and an exhibition model building department in Rumentikon / Hagendorn ZG (municipality Cham). Since toolmaking in Steinhausen and toolmaking in Hohenwestedt [5] In Germany were no longer sufficient to produce enough new injection molds, another tool shop was built in Au, St. Gallen.

In 1993 a new factory was built for Lego in Willisau. The architecture was characterized by a main entrance, followed by a link which connected the various production halls on both sides. The production Willisau also had its own railroad, which was connected to the Swiss Federal Railways network. In addition to injection molding, printing, assembly and packaging, Willisau also operated a blow-wax machine for Bionicol packaging and two deep drawing machines for the production of Lego building boards.

In 1998, Lego entered a first crisis. In the course of this crisis, model building and product development were closed in Rumentikon, and the research and development department remained in Rumentikon. The tool shop in Au was sold to Otto Mannes GmbH (Barnes Group Inc.), which took over the entire staff.

After this phase, the Lego Group recovered in the short term. At this time, the idea for a Legoland amusement park in Rotkreuz in the canton of Zug. However, the project could not be implemented because the farmers concerned in Rotkreuz were not willing to sell their land. At the beginning of 2000, the Lego Group closed the factory in the USA and withdrew the external production of the watch series "Lego-Watch". All this injection molds were integrated into the Lättich and Neuhof factories.

At the beginning of 2001, due to lower profit than planned, it was decided that the Lättich production site should be abandoned completely within six months as well as Neuhof production within one year.[2] Out of 950 employees, 400 would be laid off.[6] Effectively, however, the closures shifted by more than a year.[7] The Neuhof plant was taken over by the Swiss Post as a sorting center and by the transport company Bucher Bitsch as a storage location. The Lättich plant now houses a number of companies, the largest is the SPECKPRINT AG printing company, which also produces the Zuger Amtsblatt. Research and development (research involving various plastics and production processes) has also been closed. The toolmaking in Steinhausen was sold to the Wisi 'on Tool AG in 2005.[8] However, Wisi 'on Tool could rely on further orders from Lego, and no closure was planned for Willisau. However, the Lego Group had a new strategy, the licensing of Lego products to Chinese companies. Therefore, production in Willisau 2005 was also closed. The Competec Group (Brack, Alltron, ...) acquired the Lego site in Willisau in 2011 with 55,000 square meters.[9]

Today, only the sales and finance department of Lego is located in Switzerland.

The following Lego products were manufactured in Switzerland:

Lego used mainly injection molding machines from the brands Arburg(Germany) and Engel (Austria), but also machines from Battenfeld (Austria) and Klöckner-Werke (Germany). Only up to six two-component machines were used in the Lättich plant. Most of the accessories used for extraction, heating control and post-processing were developed and built by Lego itself. In the case of the cooling water appliances, Lego used only HB-Therm temperature control units. For the storage of the Legosbriks, cardboard boxes were used initially, later uniform plastic containers of different sizes were used. Although all these plastic containers were intended exclusively for internal use in the Lego Group, they were not produced by Lego, but from an external manufacturer only for lego.

The second specialty in plastic processing, the thermoset processing was educated at the Isopress AG.

You have to Sign in or create an account to comment this article !
Retrieved from "https://en.everybodywiki.com/index.php?title=Lego_Produktion_AG&oldid=921194"
Categories:
Hidden categories:
This page was last edited on 4 August 2020, at 23:12.
This page has been accessed 169 times.
Content is available under License CC BY-SA 3.0 unless otherwise noted.
Privacy policy
About EverybodyWiki Bios & Wiki
Disclaimers
Mobile view