List of Xbox One games with keyboard and mouse support 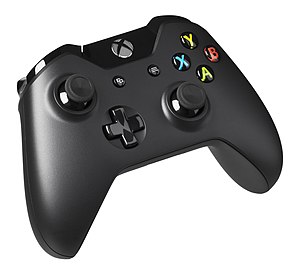 A black Xbox One controller

The Xbox One video game console supports the use of keyboard and mouse input peripherals as an alternative to the standard Xbox One controller.

As part of the November 2018 update, Microsoft added support for keyboard and mouse for controlling games to the console. However, developers need to update their games to include support for the input method.[1]

Any standard USB-interface keyboard and mouse is supported on the Xbox One.[2] The peripherals can be connected to any of the available USB ports on the Xbox One console.

Microsoft has made a partnership with a third-party peripheral manufacture, Razer Inc., to make some officially supported hardware for the Xbox One console.[2]

List of Xbox One games with keyboard and mouse support[edit]

Retrieved from "https://en.everybodywiki.com/index.php?title=List_of_Xbox_One_games_with_keyboard_and_mouse_support&oldid=923729"
Hidden categories:
This page was last edited on 5 August 2020, at 14:23.
This page has been accessed 2,215 times.
Content is available under License CC BY-SA 3.0 unless otherwise noted.
Privacy policy
About EverybodyWiki Bios & Wiki
Disclaimers
Mobile view