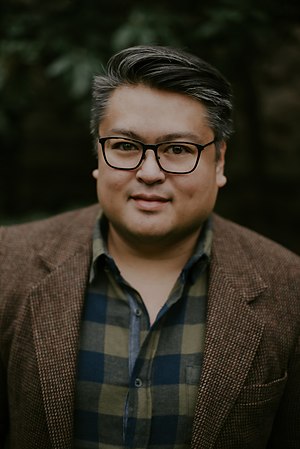 Markdavin Manulat Obenza (born c. 1980) is an American conductor, producer, and singer. He is the current artistic director of two Seattle-based vocal ensembles: The Byrd Ensemble and Radiance, both professional ensembles specializing in the performance of Renaissance vocal music and American choral music, respectively. He is the choirmaster at Trinity Parish Church in Seattle, WA.

He is the producer of Scribe Records, an independent record label and has produced CD recordings for over 40 choirs (professional and amateur) and soloists, of which several have been reviewed on Gramophone, Early Music America, Early Music Review, and Fanfare. Scribe Records’ catalog contains Byrd Ensemble's recording Arvo Pärt (2013), appeared in French drama film L'apparition (2018) and a number of world-premiere recordings, including Small Raine (2018) by American composer Nico Muhly, commissioned and performed by the Tudor Choir.

He is the host of ThisChoirNerd podcast and maintains a blog on his website.

Share
Retrieved from "https://en.everybodywiki.com/index.php?title=Markdavin_Obenza&oldid=2177997"
Categories:
Hidden categories:
This page was last edited on 7 December 2021, at 13:57.
Content is available under License CC BY-SA 3.0 unless otherwise noted.
This page has been accessed 22 times.
Privacy policy
About EverybodyWiki Bios & Wiki
Disclaimers