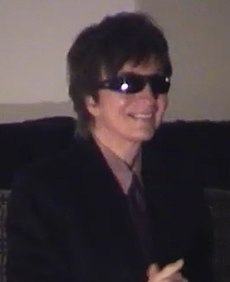 The following is a list of unproduced Michael Cimino projects in roughly chronological order. During his long career, American film director Michael Cimino has worked on a number of projects which never progressed beyond the pre-production stage under his direction. Some of these productions fell in development hell or were cancelled.

The New York Times reported in 1970 that Cimino was going to direct a Native American-related drama film that summer titled Conquering Horse[1] but it never came to fruition. The film would have been based on Frederick Manfred's novel of the same name.[2] It has been said that the infamous box office failure of Heaven's Gate (1980) prevented further attempts for Cimino to adapt Conquering Horse.[2]

In the mid-1970s, Cimino attempted to make a film adaptation of Ayn Rand's novel The Fountainhead, with Clint Eastwood slated to star.[3] Eastwood was to have portrayed Howard Roark.[4] According to Cimino, he and United Artists had an agreement to adapt the film.[5]

Around the same time as Fountainhead, Cimino attempted to make a biopic about the life of Frank Costello.[6] He co-wrote the script of the biopic with James Toback.[5] Robert De Niro reportedly signed on for the role of Costello in the 1980s.[7] The film was to have been titled either Proud Dreamer[7] or The Life and Dreams of Frank Costello as claimed by Cimino.[5] The film was also to have been distributed by 20th Century Fox, according to Cimino.[5]

Also around the same time as Fountainhead and the Costello biopic, Cimino co-wrote a musical biopic with Bo Goldman about the life of Janis Joplin titled Pearl.[5] According to Cimino, that project was also to have been distributed by 20th Century Fox.[5]

Between the releases of his films Thunderbolt and Lightfoot (1974) and The Deer Hunter (1978), Cimino attempted to write an adaptation of Fyodor Dostoevsky's Crime and Punishment.[8]

The Dogs of War[edit]

Also between the releases of Thunderbolt and Lightfoot and The Deer Hunter, Cimino wrote a screenplay based on the Frederick Forsyth novel The Dogs of War.[8] Cimino's screenplay was not used for the eventual film adaptation of the same name.[9]

In 1977, Cimino was slated to direct Roy Scheider, Romy Schneider and Oskar Werner in a romantic drama film titled Perfect Strangers.[10] Cimino described the film as "an original, a love story with a political background."[5] Cimino developed the script at Paramount Pictures.[5]

In the late 1970s, Cimino was among several filmmakers considered to helm The Godfather Part III for Paramount Pictures.[13][14][15][16]

Although he was uncredited for his work,[18] Cimino did serve as one of the screenwriters of The Rose (1979).[19][20][21] Screenwriter Bill Kerby thought Cimino was hired to direct the film.[22]

According to Den of Geek, Cimino was considered to helm Stephen King's The Dead Zone (1983) prior to David Cronenberg's official involvement.[23]

The New York Times reported in 1982 that Cimino was going to direct a film titled Nitty Gritty for CBS Theatrical Films. The N.Y. Times described the project as "a black comedy about news reporting."[24] The film never came to fruition, and the Los Angeles Times reported that it was retitled Live on Tape. The L.A. Times further described it as "a comedy-drama about TV camera crews and their competition for stories."[25]

In September 1982, Cimino approached Raymond Carver and Tess Gallagher to re-write a screenplay based on the life of Fyodor Dostoevsky.[26] According to Carver, Cimino presented him an existing screenplay with no author credit, commissioned by the veteran Italian film producer, Carlo Ponti. The first draft had been written by a Russian writer, and then translated to English by two Italian writers. Carver and Gallagher opted to re-write the entire script, delivering a 220-page draft to Cimino in November 1982. The director was impressed with the results, but the producer returned to Europe shortly thereafter, halting further script development. [27]

According to Cimino's Variety obituary, he was considered to direct The Bounty (1984).[28]

In 1983, Cimino was going to direct a film for Columbia Pictures titled Reel to Reel, which was co-written by Cimino, Steven Spielberg and Gary David Goldberg.[25]

Also in 1983, Cimino was signed by Paramount Pictures to direct Footloose (1984).[29] However, Cimino requested $250,000 for a rewrite of the script.[30] As a result, Daniel Melnick fired Cimino from the production.[31] According to Melnick, "It might have been a good film (if Cimino had directed), but it wasn’t the film we wanted to make. It wasn’t the film we came to the party with--do you know what I mean?".[25] Craig Zadan, one of the film's producers, also stated, "Cimino wanted to make a darker film. We wanted to make entertainment."[32] Cimino was ultimately replaced by Herbert Ross.[33]

The Pope of Greenwich Village[edit]

Also according to the Variety obituary, Cimino was to have helmed The Pope of Greenwich Village (1984).[28]

Also in 1984, Cimino was going to direct Dustin Hoffman in a film adaptation of Ralph Hurne's novel The Yellow Jersey for Columbia Pictures.[25][34] The story takes place in the Tour de France and Cimino began to work on the adaptation in 1975 when he saw the 62nd edition that year.[35] The film was never made.[36] It has been said that Hoffman fired Cimino from the production.[37]

According to Oliver Stone, Cimino attempted to produce the film Platoon (1986) in 1984 with Emilio Estevez attached to play Staff Sergeant Bob Barnes.[38][39]

In the mid-1980s, Cimino was slated to direct an unmade biopic about the life of gangster Legs Diamond for Embassy Pictures. The film would have starred Mickey Rourke as Diamond and Leonard Termo as Diamond's bodyguard.[40] The film was to have been titled Legs and be based on William Kennedy's novel of the same name.[41]

The Los Angeles Times reported in 1985 that Cimino was interested in adapting Atlas Shrugged, another of Ayn Rand's works.[42]

It was reported in November 1985[43] that Cimino attempted to adapt Porgy and Bess.[44]

After being impressed with his work in Year of the Dragon (1985), Dino De Laurentiis hired Cimino to direct a film adaptation of Truman Capote's short story Handcarved Coffins.[45] De Laurentiis had planned to release the film in 1986 following his purchase of Embassy Pictures.[46] The film never came to fruition.[25]

Born on the Fourth of July[edit]

The Variety obituary also states that Cimino was considered to direct Born on the Fourth of July (1989).[28][48]

In the early 1990s, Cimino was slated to direct a biopic about the life of Irish revolutionary Michael Collins with Gabriel Byrne attached to star.[49] The film was to have been distributed by Columbia Pictures and David Puttnam reportedly gave Cimino the greenlight to direct the film.[50] Nelson Entertainment was also involved in the project.[25][47] According to Cimino, he co-wrote the script with Robert Bolt.[51]

It was reported in 1993 that Cimino and Clint Eastwood were adapting Philip Finch's book Paradise Junction for Warner Bros.[52]

Filmmaker John Woo reported in 1994 that Cimino was writing a script based on a story by Woo titled Full Circle.[53]

Variety reported in 1997 that Cimino was attached to direct a film titled The Dreaming Place for Trimark Pictures.[54]

It was reported in 2001 that Cimino was planning to make a film adaptation of André Malraux's novel Man's Fate.[55] Cimino claimed in 2010 that he had half of the budget needed to make the film.[56] Cimino confirmed in a 2015 interview with The Hollywood Reporter that he worked on the adapted script for one year and still hoped to make the film some day.[51]

Share
Retrieved from "https://en.everybodywiki.com/index.php?title=Michael_Cimino%27s_unrealized_projects&oldid=2316927"
Categories:
This page was last edited on 7 February 2022, at 16:36.
Content is available under License CC BY-SA 3.0 unless otherwise noted.
This page has been accessed 530 times.
Privacy policy
About EverybodyWiki Bios & Wiki
Disclaimers