Next Caller is a telecommunications technology firm in New York City, New York. Next Caller provides a service to analyses phone calls to verify callers in real-time.[1] Next Caller's services are designed to identify Caller ID spoofing as a way to combat fraud. 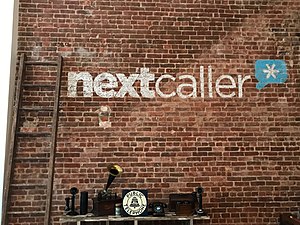 Next Caller was co-founded in 2012 by Ian Roncoroni. Roncoroni proposed the idea for an alternative to traditional caller ID[2] after losing a rental car reservation when the company believed his name was Ron Coroni instead of Ian Roncoroni.[3]

Next Caller's API was originally intended to reduce customer service hold times and friction at the beginning of a call.[8] Next Caller now attempts to identifying unknown inbound callers by detecting caller ID spoofing.[9]

Next Caller uses a proprietary algorithm named "VeriCall" to analyze carrier-level metadata. The algorithm is designed to detect caller ID spoofing and verify real calls, with a success rate of between 75-80% depending on the call subset.[citation needed] Next Caller uses the REST API and authenticates through 0Auth 1.0a.[10]

Next Caller also publishes articles and reports on authentication,[11][12] fraud,[13] and machine learning.[14]

Share
Retrieved from "https://en.everybodywiki.com/index.php?title=Next_Caller_(company)&oldid=938101"
Categories:
Hidden categories:
This page was last edited on 9 August 2020, at 21:53.
Content is available under License CC BY-SA 3.0 unless otherwise noted.
This page has been accessed 1,336 times.
Privacy policy
About EverybodyWiki Bios & Wiki
Disclaimers