OMKV is an internet slang popular among Malayali people from South Indian state of Kerala. OMKV is an acronym of the Malayalam sentence Odu Maire Kandam Vazhi (Script error: The function "name_from_tag" does not exist.: ഓട് മൈരേ കണ്ടം വഴി, Run away you pube through paddy field ?) using English alphabets.[1] It loosely translates to "get lost".[2] Sometimes the swear word maire (pube) is replaced by the neutral word malare (flower), which serves as a euphemism.

OMKV got widespread attention when actressParvathy used it against movie director Jude Anthany Joseph in between the movie Kasaba's misogyny controversy.[1]

The origin of the term is generally attributed to a Facebook group named Fan Fight Club.[3] It is also claimed that non-acronymized usage of variants of the sentence was popular in northern Kerala.[4] 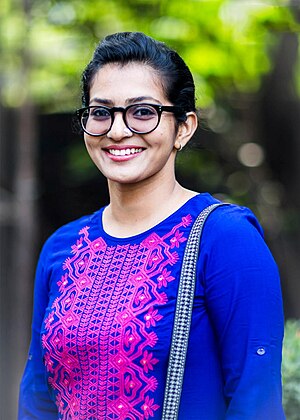 In December 2017, soon after winning best actress of the event, at an open forum at the International Film Festival of Kerala (IFFK), Parvathy spoke about the misogyny in movies, particularly naming Mammootty's Kasaba. Soon, fans of the actor started abusing Parvathy. Later, director Jude Anthany Joseph joined them in Facebook by sharing a story of a monkey who criticized his circus owner, after he's claimed the quirks of working under the owner without directly mentioning Parvathy. Parvathy reacted through Twitter by sharing an image of hand sewed writing of #OMKV which was dedicated to all "circus owners".[2][5]

This article "OMKV" is from Wikipedia. The list of its authors can be seen in its historical and/or the page Edithistory:OMKV. Articles copied from Draft Namespace on Wikipedia could be seen on the Draft Namespace of Wikipedia and not main one.

Share
Retrieved from "https://en.everybodywiki.com/index.php?title=OMKV&oldid=939838"
Categories:
Hidden categories:
This page was last edited on 10 August 2020, at 06:35.
This page has been accessed 551 times.
Content is available under License CC BY-SA 3.0 unless otherwise noted.
Privacy policy
About EverybodyWiki Bios & Wiki
Disclaimers
Dark mode