Team Dixie was a villainous professional wrestling stable in the promotion Total Nonstop Action Wrestling (TNA), the stable consisted of Dixie Carter and other heel wrestlers.

Dixie Carter appeared at the ending segment of Impact Wrestling on September 19, 2013 to confront A.J. Styles over the remarks he has made about the way she was running the company. Carter responded by saying that Styles was not a great wrestler and claimed that she was the one who created the Styles' persona to get marketing for the company. She added that Styles would still be living in poverty if her father didn't pay him and she was the one who created this house, referring to TNA. She was about to leave when Styles was going to respond, but she decided to end the show by cutting off the microphones and turning off the lights, thus turning Dixie into a heel in the process.[1] On the following episode of Impact Wrestling, Carter ripped up Styles' new contract as awarded by Hulk Hogan, then gave Hogan an ultimatum to join forces with her by next week. Hogan declined her offer and quit, Carter initially begged him to reconsider, but then claimed Hogan could not quit because she had fired him, though Hogan had already walked off camera by this point.[2] At Bound For Glory, Carter interfered in the main event and ordered referee Earl Hebner not to count Styles' pin, but Styles would ultimately defeat Bully Ray to become the TNA World Heavyweight Champion.[3] Next week, Carter tried to convince Styles to sign a new contract with TNA, but he refused, leaving the company with the title. On October 29, 2013, Carter vacated the title, even though Styles announced a title defense in AAA promotion. When Dorian Roldán, AAA owner, announced Judas Mesias as Styles' rival, Carter said that she talked with Roldán attempting to cancel the match. Meanwhile, Dixie announced a tournament to crown a new TNA World Heavyweight Champion, as she refused to recognize Styles' reign. Magnus eventually won the tournament and the championship at Impact Wrestling: Final Resolution by defeating Jeff Hardy in the eponymous Dixieland match, with the help of Rockstar Spud and Dixie's storyline nephew Ethan Carter III. They formed "Team Dixie" in the process.[4] Magnus defeated A.J. Styles upon his return to TNA, unifying the titles.[5]

On March 9, 2014 at Lockdown, Team Dixie made up of Bobby Roode, Austin Aries, and The BroMans (Robbie E and Jessie Godderz) lost to MVP's team of himself, The Wolves, and Willow (Jeff Hardy) in a Lethal Lockdown match after interference from the special referee, Bully Ray, who was initially intended to be the "insurance" for Dixie's team. As a result of her team's defeat, MVP took control of TNA as the (storyline) Director of Wrestling Operations. On April 27, 2014 at Sacrifice, Dixie cost Bully Ray a tables match against Bobby Roode, when Dixie (in disguise as a production worker) pushed Bully off the top rope and through a table. On May 1, Bully Ray, seeking revenge against Dixie, vowed to put her through a table, and was about to do so when MVP appeared and ordered Ray to let her go and banned both Dixie and Ray from the building. Over the following weeks, Ray invaded TNA headquarters and Dixie's home. On May 22, Dixie and Ethan Carter III came out to confront MVP and his alliance for their actions, but when Ray interrupted the confrontation, he was ultimately laid out by MVP's alliance and put through a table by EC3, setting up a match between Bully and EC3 at Slammiversary.

On June 5, MVP challenged Bully, Austin Aries and Samoa Joe in a First Blood match which EC3 and Rockstar Spud were in. Ray and his team won after he hit EC3 with a steel chain. The next week, EC3 and Spud tried to expose Ray of his past heel times by bringing Brooke, Bully's former (kayfabe) girlfriend, but it didn't work out as Ray and Brooke hugged it out because they had a fight, then Ray challenged EC3 to a Texas Deathmatch which EC3 accepted. On June 15, at Slammiversary, EC3 was accompanied by Spud and Dixie and he defeated Ray. On the July 3, episode of Impact Wrestling, Rhino returned to TNA as he attacked Ray on behalf of EC3 to help him win a tables match. On July 6, 2014, EC3 and Spud were defeated by Tajiri and Yusuke Kodama during a Wrestle-1 Impact event.[6] On the July 24, episode of Impact Wrestling, Rycklon and Gene Snitsky made their TNA debuts attacking Tommy Dreamer, Bully Ray and Devon, and aligning themselves with Dixie. On the August 7, episode of Impact Wrestling, EC3, Rycklon, Gene Snitsky and Rhino were defeated in an eight-man Hardcore War tag team match against Team 3D, Tommy Dreamer, and Al Snow. After the match, Bully Ray finally fulfilled his four-month promise power bombing Dixie through a table.[7] On the August 20, episode of Impact Wrestling, EC3 would blame Rhino for Dixie Carter being put through a table, resulting in EC3 attacking him and turning him face in the process. On the September 4 episode of Impact Wrestling, EC3 would blame yet another one of his cronies Rockstar Spud for Dixie getting put through a table and as punishment put Spud in a match against Rhino. EC3 walked away from Spud when he lost the match, effectively kicking him out of the group, as well as Team Dixie quietly disbanded afterwards. 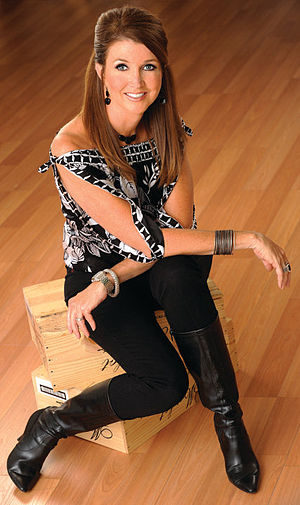 Dixie Carter, the leader of Team Dixie until August 2014

‹ The template below (Team Dixie) is being considered for deletion. See templates for discussion to help reach a consensus. ›