Tiffany S. Okirika - (Chism) (Born June 29, 1986) is an American Entrepreneur from Chicago, IL and is Founder and President of Marketing Technology Firm, SkySpace Global in Chicago, IL[1]. Tiffany is a former news media writer and media personality for The Pantagraph in IL. Tiffany is now technology thought leader, multiple nominee award candidate for her work as a mentor[2][3], Entrepreneur [4] and innovative woman in technology leader[5][6] in the Marketing Automation SaaS Tech Space. 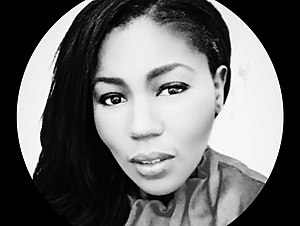 Chism- (Okirika) attended Elgin High School, where she excelled in her academics, and was involved in many extracurricular activities. Chism was involved in sports (basketball, volleyball). She additional sang in several school choirs, and played an instrument up until her sophomore year. She won several academic merit awards, as well as high honor awards while attending school in Elgin, including being apart of the National Honor Society.

Okirika (Chism) attended College in New Orleans at University of New Orleans up until Hurricane Katrina. After the Hurricane, she transferred back to IL shortly thereafter, where she finished her education at DePaul University[7], Chicago, IL. She is apart of the University's notable alumni.[7] She landed her first job as a Sports and News Media Writer with the Pantagraph. She later started her own business where in Marketing Technology. As a self-taught coder, she has excelled in her career in the technology space as a serial entrepreneur, a founder, and now a two time technology nominee.

Tiffany Chism, is a volunteer in the community. She is the founder of Non-Profit Organization, Beeyond the Surface[8]. She also serves as a mentor with DePaul University, helping current students alike excel after graduation. The network gives an opportunity for Alumni to assist currents students to explore college and professional transitions, life challenges, and university career questions.

Share
Retrieved from "https://en.everybodywiki.com/index.php?title=Tiffany_S._Chism&oldid=2230842"
Categories:
Hidden categories:
This page was last edited on 2 January 2022, at 10:06.
Content is available under License CC BY-SA 3.0 unless otherwise noted.
This page has been accessed 680 times.
Privacy policy
About EverybodyWiki Bios & Wiki
Disclaimers