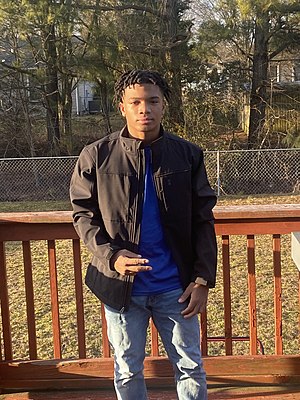 Tyrese Golston (Born October 27, 2003) Better known by his online name Tyrese[1]or Tyr32e[2], is an American Streamer best known for playing Among us[3]

Founder of the YouTube channel Tyrese and the Twitch channel Tyr32e who is known for Streaming while playing with his viewers . He had over 550 subscribers on his Tyrese YouTube channel; and over 200 followers on his Tyr32e Twitch account. Back in December 2020 his channel started to receive some attention playing a game on its rise called Among us and is now fully committed towards streaming and growing his page as a community. In August he created his YouTube channel and started streaming NBA 2k20 with 0 to 1 Viewers. now he's averaging 7 viewers in his twitch streams and having fun while playing with them and is now on the "road to partner" on twitch. How Tyrese Is Horror gaming content creator with a rising audience! And Tik tok account with 33 Thousands followers and still growing!

Born in Maryland, Tyrese was born into a small poor county with not a lot of options of things to do around him.. he choose to gaming and sports as his option to have fun with the limited recourses around him.. his senior year he's gain the love of running track and now is committed to doing it in the college level as a Sprinter!

Share
Retrieved from "https://en.everybodywiki.com/index.php?title=Tyrese_Golston&oldid=2707136"
Categories:
This page was last edited on 3 July 2022, at 22:23.
Content is available under License CC BY-SA 3.0 unless otherwise noted.
This page has been accessed 170 times.
Privacy policy
About EverybodyWiki Bios & Wiki
Disclaimers