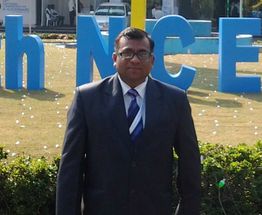 Vikas Kharadkar was born in Gwalior, Madhya Pradesh on 8 April 1973. He has a family of two siblings: an elder sister and a younger brother. He has done his schooling and subsequent graduation studies of B.Com. and B.P.Ed from Bhopal.

After completing his degree in B.P.Ed and M.P.Ed from Bhopal, he did N.I.S. Diploma in Sports Coaching in basketball from S.A.I. South Center, Bangalore. He did his M.S. (Master of Sports Coaching) from N.S. N.I.S. Moti Bagh, Patiala (basketball Discipline). He then got an International Diploma in Basketball (Olympic Solidarity Course) from Budapest, Hungary in the year 2005. He did International Coaching Course supported and sponsored by the Foreign Office, from 31 August 2009 to 29 January 2010 in Leipzig University, Germany.

He coached for the M.P. Police Team for the 50th All Indian Police Games held at Bhopal (July 2001).

You have to Sign in or create an account to comment this article !
Retrieved from "https://en.everybodywiki.com/index.php?title=Vikas_Kharadkar&oldid=978544"
Categories:
Hidden categories:
This page was last edited on 21 August 2020, at 20:30.
This page has been accessed 281 times.
Content is available under License CC BY-SA 3.0 unless otherwise noted.
Privacy policy
About EverybodyWiki Bios & Wiki
Disclaimers
Mobile view