The Wartensleben family is a historic noble family from Magdebourg, promoted to the title of Count on 1 January 1703 by the King of Prussia. The title was also recognised by the Holy Roman Empire, with a coat of arms, on 29 March 1706. 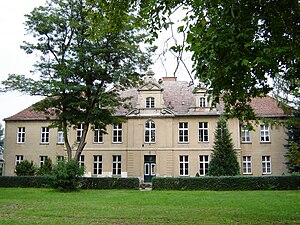 Amongst the distinguished members of the family are:

You have to Sign in or create an account to comment this article !<comment-streams/>
Retrieved from "https://en.everybodywiki.com/index.php?title=Wartensleben&oldid=979787"
Categories:
Hidden categories:
This page was last edited on 22 August 2020, at 03:21.
This page has been accessed 249 times.
Content is available under License CC BY-SA 3.0 unless otherwise noted.
Privacy policy
About EverybodyWiki Bios & Wiki
Disclaimers
Mobile view