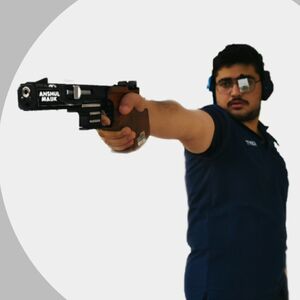 Anshul Malik (Hindi: अंशुल मलिक) is an Indian Shooter. He is from Sonipat Haryana who competes in the 10 meter air pistol, 25 meter rapid fire pistol, 25 meter pistol, and 25 meter standard pistol events. Anshul has been a part of the Indian Shooting Team since 2017. He has represented India at the NSSV 11th International Shooting Championship, 2017, Hannover[1] 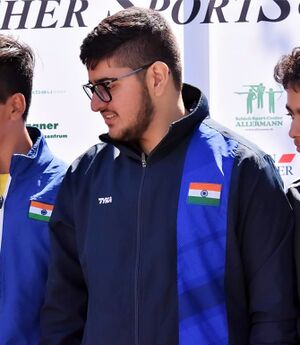 Retrieved from "https://en.everybodywiki.com/index.php?title=Anshul_Malik&oldid=1109363"
Hidden categories:
This page was last edited on 11 November 2020, at 16:54.
This page has been accessed 489 times.
Content is available under License CC BY-SA 3.0 unless otherwise noted.
Privacy policy
About EverybodyWiki Bios & Wiki
Disclaimers