Bibhorr is an Indian born scientist widely known for inventing the world’s first Samahikaran class equation named Bibhorr formula. He is the founder of next-generation new-era science and technology. His scientific codes laid the foundation of ultra-modern next-generation science. His path breaking formula is universally known as King of Equations. His research treatise "Bibhorr formula: Shortcut to Trigonometry" is known to be the most superior scientific texts ever in world history. His research publication has evolved into a complete subject of Bibhorrmetry that is known for engulfing the full-fledged trigonometry concept in mathematics.

While still in his college, he rejected the trigonometry concept. His accidental meeting with a school boy became the cause of his surprising inventions.

Bibhorr is an aerospace engineer from Indian Institute of Aeronautical Engineering and Technology. He completed Bachelors of Technology in Aerospace Engineering (BTAE) from the prestigious Indira Gandhi National Open University (IGNOU). He collaborated with Air India for industrial training where he successfully qualified his fields. He completed his matriculation from St. Joseph's affiliated to ICSE.

On September 6, 2018 Bibhorr's research was made available on an innovation platform curated by the Government of India. 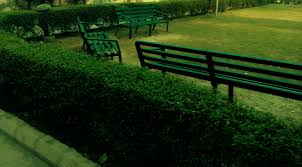 The meeting of Bibhorr with a schoolboy on a rainy day at a public park is recorded as the historical meeting in Bibhorr's life. The meeting proved so successful that Bibhorr discovered a new genius within himself. It is the most historical meeting as it brought with itself a new era of scientific achievements.

Share
Retrieved from "https://en.everybodywiki.com/index.php?title=Bibhorr&oldid=2317935"
Categories:
This page was last edited on 8 February 2022, at 16:42.
Content is available under License CC BY-SA 3.0 unless otherwise noted.
This page has been accessed 2,152 times.
Privacy policy
About EverybodyWiki Bios & Wiki
Disclaimers