After launching his DJ career in Miami nightclubs, DJ Konflikt has worked at several world renown nightclubs, including: XS Nightclub, Hyde Bellagio[2], Intrigue[3], Tao Las Vegas, 1 Oak, LIV and Daer in South Florida. In 2011 he began working with The Rich Group. A DJ booking company based out of Los Angeles. 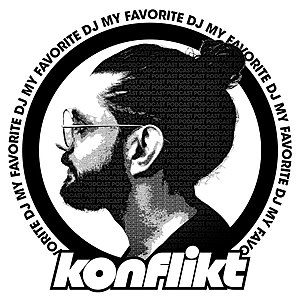 In 2011 DJ Konflikt became a DJ on The Rich Group, a DJ management company based out of Los Angeles. Using his Miami fame and a unique set of marketing strategies The Rich Group was able to place DJ Konflikt in clubs all over the world and even having DJ Konflikt play celebrity weddings [4].

In 2014 DJ Konflikt recruited Joe Maz to The Rich Group. Together they worked on official remixes under the moniker "DiscoTech." This was the second evolution of the group. The original group being founded by Danny Daze, Gigamesh and Joe Maz. Making remixes and doing small tour runs in Asia, DiscoTech continued the tradition of being DJ/Remixers and providing the working DJs with remixes that fit their needs regardless of venue.

You have to Sign in or create an account to comment this article !
Retrieved from "https://en.everybodywiki.com/index.php?title=DJ_Konflikt&oldid=882942"
Category:
Hidden categories:
This page was last edited on 22 July 2020, at 14:52.
This page has been accessed 69 times.
Content is available under License CC BY-SA 3.0 unless otherwise noted.
Privacy policy
About EverybodyWiki Bios & Wiki
Disclaimers
Mobile view