Her family shifted to England before World War Two and started living in Loudwater. Later on his father,Otto Leeser[5][6][7] became director of the London Homeopathic Laboratory.

The Speech Day Programme which was conducted in February 1946 shows that Dr. Irene Leeser[1][2][3][4],won several prizes and scholarships including:

• A Bucks County Council Scholarship and an Open Bursary in Medicine to St. Andrew’s University.

Dr. Irene Leeser[1][2][3][4] was from  Jewish family, as world knows and history got evidences about the diaspora of Jewish tribe , all the people were dispersed around the world to different places in this case her  family moved to Germany.

She started her journey in Wycombe, Buckinghamshire,United kingdom, as their family emigrated from Germany to England before the  World War 2( i.e. on 1939 to 1945 ) .

Irene is a decedent name of Eirene the goddess of peace, which is derived from Greek.

"Leeser" is the Yiddish(Judaeo-German) surname (or last name) of Dr. Irene Leeser[1][2][3][4] shows the first chance of migration to Leese,Germany after the diaspora of jewish tribe, and in other point of view Leeser is named after the place Leese, as the people of Leese are named after there town as Leeser. 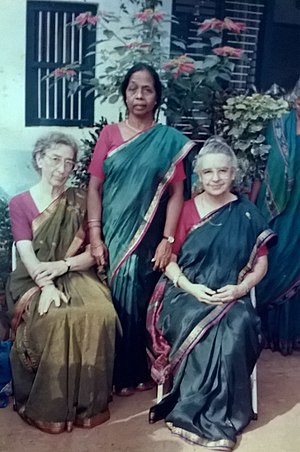 After her precious Work about the rural people in Ambajipeta, Andhra Pradesh, India, she went to United Kingdom in 1997, being an old age  at the age of 91 years Dr.Irene Leeser[1][2][3][4] left her last breath on 6th August 2017.

Dr. Irene Leeser[1][2][3][4] got fame and recognition after the medical foundations of the Wright Eye and Ambajipeta Women’s Hospital, and building up around 35 Assemblies(Churches) in east godavari, andhra pradesh,India.

Dr. Irene Leeser[1][2][3][4] was a jew from the birth itself, after coming to Wycombe, Buckinghamshire,UK, she joined in a Christian school (Wycombe High School), where she got inspired by the Christ Jesus and accepting Jesus as her personal saviour, she then turned to christianity.