French astronomer, freemason and writer. He is best known for having his name carved into the Eiffel Tower and being the first to record VY Canis Majoris, a candidate for the largest known star.

Lalande was born at Bourg-en-Bresse (now in the département of Ain) to Pierre Lefrançois and Marie‐Anne‐Gabrielle Monchinet.[1] His parents sent him to Paris to study law, but as a result of lodging in the Hôtel Cluny, where Delisle had his observatory, he was drawn to astronomy, and became the zealous and favoured pupil of both Delisle and Pierre Charles Le Monnier. Having completed his legal studies, he was about to return to Bourg to practise as an advocate, when Lemonnier obtained permission to send him to Berlin, to make observations on the lunar parallax in concert with those of Lacaille at the Cape of Good Hope.[2] 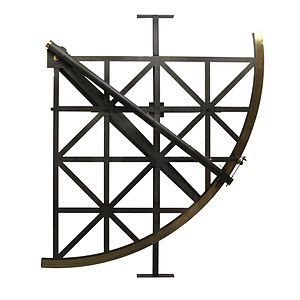 Quarter of a circle by Jonathan Sisson used by Jérôme de Lalande to measure the distance between the earth and the moon in 1751.

The successful execution of this task obtained for him, before he was twenty-one, admission to the Academy of Berlin, as well as his election as an adjunct astronomer to the French Academy of Sciences. He now devoted himself to the improvement of the planetary theory, publishing in 1759 corrected edition of Edmond Halley's tables, with a history of Halley's Comet whose return in that year he had helped Alexis Clairaut and Nicole-Reine Lepaute to calculate.[3] In 1762 Delisle resigned the chair of astronomy in the Collège de France in Lalande's favour. The duties were discharged by Lalande for forty-six years. His house became an astronomical seminary, and amongst his pupils were Delambre, Giuseppe Piazzi, Pierre Méchain, and his own nephew Michel Lalande. By his publications in connection with the transit of Venus of 1769 he won great fame. However, his difficult personality lost him some popularity.[2]

In 1766, Lalande, with Helvetius, founded the "Les Sciences" lodge in Paris, and received its recognition from Grand Orient de France in 1772.[4] In 1776, he changed its name to Les Neuf Soeurs, and arranged for Benjamin Franklin to be chosen as the first worshipful master.[5]

Although his investigations were conducted with diligence rather than genius, Lalande's career was an eminent one. As a lecturer and writer he helped popularise astronomy. His planetary tables, into which he introduced corrections for mutual perturbations, were the best available up to the end of the 18th century. In 1801, he endowed the Lalande Prize, administered by the French Academy of Sciences, for advances in astronomy. Pierre-Antoine Véron, the young astronomer who for the first time in history determined the size of the Pacific Ocean from east to west, was Lalande's disciple.[6]

Lalande was an atheist,[7] and wrote a dictionary of atheists with supplements that appeared in print posthumously.

In February 1847 Sears C. Walker of the US Naval Observatory was searching historical records and surveys for possible prediscovery sightings of the planet Neptune that had been discovered the year before. He found that observations made by Lalande's staff in 1795 were in the direction of Neptune's position in the sky at that time and that Neptune might appear in the observation records. On 8 May and again on 10 May 1795 a star was observed and recorded with uncertainty noted on its position with a colon, this notation could also indicate an observing error so it was not until the original records of the observatory were reviewed that it was established with certainty that the object was Neptune and the position error between the two nights was due to the planet's motion across the sky.[8] The discovery of these records of Neptune's position in 1795 led to a better calculation of the planet's orbit.[9] 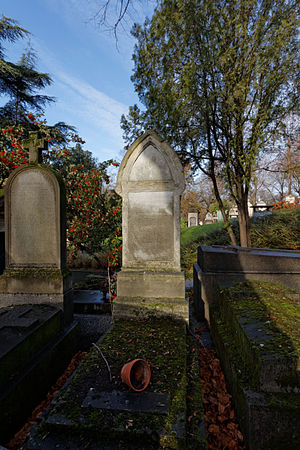 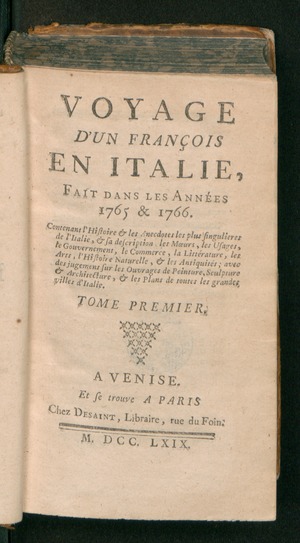 He communicated more than one hundred and fifty papers to the French Academy of Sciences, edited the Connoissance de temps (1759–1774), and again (1794–1807), and wrote the concluding two volumes of the 2nd edition of Montucla's Histoire des mathématiques (1802).[2]

Share
Retrieved from "https://en.everybodywiki.com/index.php?title=Jérôme_Lalande&oldid=48159"
Categories:
Hidden categories:
This page was last edited on 24 June 2018, at 06:58.
Content is available under License CC BY-SA 3.0 unless otherwise noted.
This page has been accessed 509 times.
Privacy policy
About EverybodyWiki Bios & Wiki
Disclaimers