Niello Jordan Careathers was born on May 1, 1992 in Sacramento, California. and later moved to Chattanooga, Tennessee at the age of 5. He attended Barger Elementary, East Ridge Middle School, and Ooltewah High School. 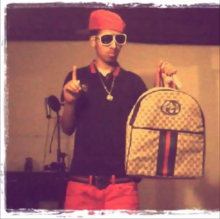 2008 Prettyboy Rackz began his music career as an underground rapper in Chattanooga, Tennessee with his older brother, Lil Booku. 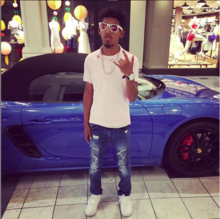 A new prominent figure in pop culture, the younger brother of Lil Booku.

2019 Prettyboy Rackz started his own record label called In My Bagg Entertainment.

Retrieved from "https://en.everybodywiki.com/index.php?title=Prettyboy_Rackz&oldid=1258414"
Categories:
Hidden categories:
This page was last edited on 18 January 2021, at 05:40.
This page has been accessed 5,091 times.
Content is available under License CC BY-SA 3.0 unless otherwise noted.
Privacy policy
About EverybodyWiki Bios & Wiki
Disclaimers
Mobile view