In addition to performing and teaching, Travis is an avid supporter of hearing preservation among musicians. He has done extensive work with H.E.A.R (Hearing Education and Awareness for Rockers)[9] and volunteered much of his time to promote the cause during the Lollapolloza tours. 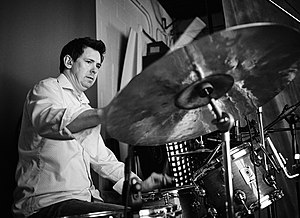 Share
Retrieved from "https://en.everybodywiki.com/index.php?title=Travis_Brant&oldid=2248274"
Categories:
Hidden categories:
This page was last edited on 10 January 2022, at 05:19.
Content is available under License CC BY-SA 3.0 unless otherwise noted.
This page has been accessed 132 times.
Privacy policy
About EverybodyWiki Bios & Wiki
Disclaimers