Qatar Airways CEO Akbar Al Baker announced they are considering buying a stake in Meridiana back in 2015.[1] But as this plan was still being developed, Meridiana's competitor Alitalia (Italys flag carrier) announced that Etihad Airways purchased 49% stake in the airline in 2014 and pushed the airline to introduce the newly redesign Alitalia Brand in 2015. [2][3]

AQA Holdings was founded on 2 September 2017 after Qatar Airwasy complete the acquisition of 49% stake shares into Meridiana and its subsidiaries.[4] The acquisition was the center for attention in the aviation industry news as Meridiana competitor, Alitalia (Italys flag carrier) announced of going into bankruptcy (on 2 May 2017) after its shareholder Etihad Airways pulled the plug on it 49% stake equity plan on readjusting the airline after 80% of Alitalia employees voted against the a new agreement plan on a new structure of Alitalia. [5][6]

Just 2 months after Qatar Airways squired 49% stake in Meridiana the airline announced that they are willing to massively grow the airline to be the future flag carrier of Italy. [7] The Airline is willing to give Meridiana new aircraft to replace Meridiana's current and old wet-leased aircraft, and not only Qatar Airways want to give new aircraft to the airline they are also willing to rebrand the airline to be called Air Italy. [8][9] The plan focused on merging the airline subsidiaries Air Italy (which was part of Meridiana Brand since 2013, but commenced operation in 2005) in to Meridiana and reorganized the company from scratch to form the new Air Italy. The new Air Italy was planned to be using Meridiana Air operator's certificate (AOC) and also its Airline Codes (IATA: IG/ICAO: ISS) and cease the original Air Italy entire operation.

Just 6 months after Qatar Airways CEO Akbar Al Baker announced he is willing to rebranded Meridiana into Air Italy, on 28 February 2018 Meridiana announced to rebranded the company as Air Italy at a press conference in Milan, Italy with precedence of Qatar Airways CEO Akbar Al Baker and also.[10] The focus of the company was to introduce a new Italian airline which would be stable to be the future flagship carrier of Italy. The plan also introduce a new brand image, new cabin experience, new airport lounge, new destinations, new opportunity for the customers and new Boeing Aircraft will be developed for the new airline. During the press conference the airline have experienced some interest on joining Oneworld.[11] Also announcing that Qatar Airways will have a Codeshare agreement with the airline.[12]

Members of the Board of Directors for AQA Holding are...[16] 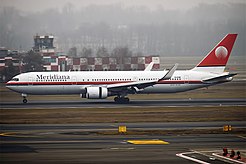 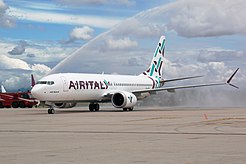 Retrieved from "https://en.everybodywiki.com/index.php?title=AQA_Holding&oldid=847951"
Categories:
Hidden categories:
This page was last edited on 14 July 2020, at 01:27.
This page has been accessed 1,580 times.
Content is available under License CC BY-SA 3.0 unless otherwise noted.
Privacy policy
About EverybodyWiki Bios & Wiki
Disclaimers