The company was incorporated on September 3, 1998 at Punjagutta, Hyderabad, Telangana, by C V Subramanyam as Chakkilam Infotech.[5] It was initially set up as an IT services company focussing on custom application development and maintenance. In January, 1999, it joined hands with TTI Incorporation, Baltimore, USA and offered e-publishing services. Chakkilam Infotech also created HIPPA compliant products for US healthcare industry. [6]

In 2015, Cigniti was appraised at Level 5 of the CMMI Institute's Capability Maturity Model Integration.[7]

In 2013, Cigniti went on to acquire Gallop Solutions Inc.[11] that had built IPs around HP QC migration. [12] Gallop had products such as Winquick (a WinRunner to QTP Migration Accelerator) and Roboquick (a Rational to QTP Migration Accelerator) and services that were backed by a Proprietary Testing IP (Enterprise Test Acceleration Suite - ETAS). WinQuick was the only HP validated and approved solution to migrate from WinRunner to QTP. [12] [13] 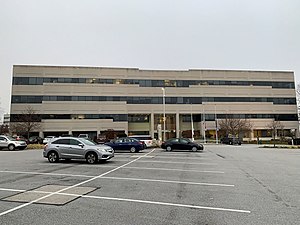 BlueSwan, the next generation and proprietary test platform, [26] comprises of 5 elements – Verita, Velocita, Cesta, Praxia, Prudentia and Sentiment Analyzer. These elements complement the existing QA and QE tools of enterprises.

Cigniti developed proprietary test asset migration accelerator tool that could help testers convert test assets from one technology to another, irrespective of the type of technology. This was built into Cesta, one of the components of BlueSwan. Cesta received a United States patent in 2018.[27]

Cigniti’s CSR initiative, Project Cignificance aims to raise a platform for the underprivileged students In Telangana, India, to avail world class educational content explained in their local medium of instruction – Telugu language. The narrations explaining Mathematics and Science concepts are integrated into videos for easy understanding. The 800+ videos cover topics taught in the schools run by the government of Andhra Pradesh.[17] [31]

This article "Cigniti" is from Wikipedia. The list of its authors can be seen in its historical and/or the page Edithistory:Cigniti. Articles copied from Draft Namespace on Wikipedia could be seen on the Draft Namespace of Wikipedia and not main one.

Retrieved from "https://en.everybodywiki.com/index.php?title=Cigniti&oldid=874613"
Categories:
Hidden categories:
This page was last edited on 20 July 2020, at 11:05.
This page has been accessed 9,115 times.
Content is available under License CC BY-SA 3.0 unless otherwise noted.
Privacy policy
About EverybodyWiki Bios & Wiki
Disclaimers