Joël Favreau (born 2 of October in 1939) is a french musician, singer-songwriter, recording artist, and performer. 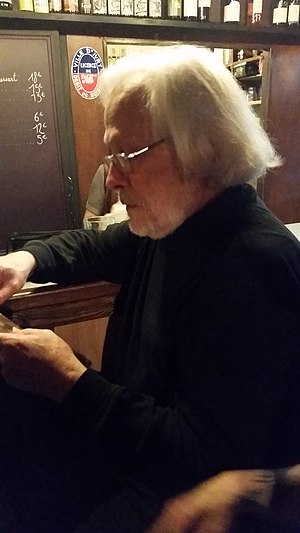 After being a musician for the french singer Colette Chevrot, he has been a guitarist for Georges Brassens since 1972 until Brassens death.

He has also been musician for Georges Moustaki, Yves Duteil and Maxime Le Forestier. He also creates his own songs and recorded four records of his own works and songs of Georges Brassens.

He created a show in which he played Georges Brassens song with an accordeonist player.

He wrote a book titled 'Quelques notes avec Brassens, published in 2017, in which he relates the years he spent with Georges Brassens.

Others articles of the Topics France AND Biography : Edouard Cointreau

Retrieved from "https://en.everybodywiki.com/index.php?title=Joël_Favreau&oldid=1067668"
Hidden categories:
This page was last edited on 22 October 2020, at 10:27.
This page has been accessed 259 times.
Content is available under License CC BY-SA 3.0 unless otherwise noted.
Privacy policy
About EverybodyWiki Bios & Wiki
Disclaimers