The Lawrence Goldfarb Judicial Reform Foundation is an American justice reform organization founded by Lawrence Ross Goldfarb, CEO and founding partner of the LRG Capital Group. He is also its current Executive Director.

The foundation is dedicated to the repeal of irrational sentencing guidelines for nonviolent and non-sex offenders.[1]

On April 22, 2018, Lawrence Goldfarb wrote a blog post on the broken state of the U.S. criminal justice system.[3]

On September 4, 2018, the Foundation created a midterm election initiative on criminal justice reform.[4]

Lawrence Goldfarb also released the book From Hell to Eternity: The Shocking Reality of the Criminal Justice System in 2018.

Specific goals and objectives of the Lawrence Goldfarb Judicial Reform Foundation include the following:[5]

About the founder, Lawrence Goldfarb[edit] 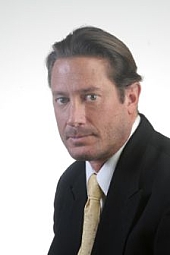 Goldfarb began his career as a tax attorney for Milbank, Tweed, Hadley & McCloy and subsequently became a tax analyst with Skadden, Arps, Slate, Meagher & Flom, where he specialized in financings, mergers and recapitalizations. Afterwards, Goldfarb moved to San Francisco, California and joined Credit Suisse First Boston Corporation as a Partner and Director of the Mergers and Acquisitions Group. In 1998 he formed BayStar Capital Management, LLC, a vehicle in which he could fund growth oriented, small capitalization, and publicly traded companies. Through Baystar, Goldfarb funded and invested in a variety of companies such as World Online & XM Satellite Radio. Goldfarb was well known for being one of the most foremost investors and experts in Private investment in public equity, also known as PIPEs. In 2005, he founded LRG Capital Group in Larkspur, California where he served as CEO until July 2011 when he announced his retirement from active management of the company to focus on philanthropic activities. Goldfarb currently serves as a board member and West Coast Director of AutismAid, an organization dedicated to assisting and fundraising for other autism non-profit organizations.

Goldfarb has dedicated his philanthropy to autism and diabetes. In 2010, Goldfarb was awarded The American Diabetes Association's Father of the Year Award. Additionally, he has served on the boards of various non-profits & organizations.

Goldfarb has diverse personal interests. Some of them are highlighted below.

In the early 1980s, Larry Goldfarb made a name for himself in the jazz clubs of New York City. Larry Goldfarb was a bright spot among somewhat traditionalist peers who focused primarily on re-creating early jazz styles. During his time in New York, Lawrence Goldfarb paid the bills by touring the local jazz scene in New York. Lawrence Goldfarb is widely considered by his peers as a great contemporary jazz pianists to this day. Lawrence Goldfarb offers a fresh, distinct voice through his instrument, driven in both his original compositions and covers. One of his favorite jazz musicians is Monty Alexander.

Both Larry Goldfarb and this wife ride Peruvian Pasos and Lusitanos. Larry is recently exploring the idea of breeding Peruvian Pasos, while his wife continues to compete and advance her riding career. The Peruvian Paso horse is a smooth gaited horse breed with a kind disposition that many horse owners find perfect for trail riding or competitive trail riding. More and more trail enthusiasts are embracing the smooth-moving Peruvian Paso for its strength and stamina over distance, its willing attitude on challenging trails, and the gentle demeanor that makes them suitable for the entire family.

Larry Goldfarb is currently consulting with other Peruvian breeders and recently had his first colt. Lawrence Goldfarb enjoys sharing his new passion for horse breeding with other horse lovers.

Retrieved from "https://en.everybodywiki.com/index.php?title=Lawrence_Goldfarb_Judicial_Reform_Foundation&oldid=986618"
Categories:
This page was last edited on 25 August 2020, at 01:30.
Content is available under License CC BY-SA 3.0 unless otherwise noted.
This page has been accessed 463 times.
Privacy policy
About EverybodyWiki Bios & Wiki
Disclaimers