Batwoman is an American superhero television series developed by Caroline Dries. It is based on the DC Comics character Batwoman and shares continuity with the other television series in the Arrowverse. The series premiered on The CW on October 6, 2019, and is primarily filmed in Vancouver, British Columbia, Canada, with location filming in Chicago, Illinois. In the first season, Batwoman follows Kate Kane overcoming her demons and past to become Gotham City's new symbol of hope as the vigilante Batwoman. 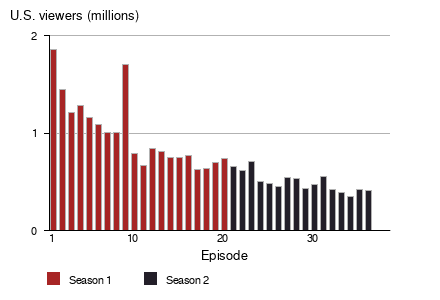 Retrieved from "https://en.everybodywiki.com/index.php?title=List_of_Batwoman_episodes&oldid=1785912"
Categories:
Hidden categories:
This page was last edited on 1 July 2021, at 19:27.
This page has been accessed 93 times.
Content is available under License CC BY-SA 3.0 unless otherwise noted.
Privacy policy
About EverybodyWiki Bios & Wiki
Disclaimers