The brand dominates the luxury car segment in Vietnam by a wide margin.[1], accounting for 65% of vehicles delivered in 2019[2].

The incumbent CEO is Bradley Kelly, who joined in July 2019 upon the departure of his predecessor Choi Duk Jun. Mr. Kelly had previously been the director of sales of Mercedes-Benz Australia/New Zealand, where he served for five years[3].

Mercedes-Benz Vietnam boasts a network of 17 Mercedes-Benz authorized dealers and service centers, with 11 in Hanoi and Ho Chi Minh City.

Mercedes-Benz announced seven new models at the press event 6 March 2020, including the facelifted GLC, the best-selling luxury SUV in Vietnam[4] 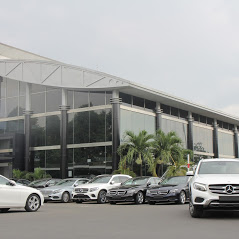 Exterior of the Mercedes-Benz-Vietnam office building

Share
Retrieved from "https://en.everybodywiki.com/index.php?title=Mercedes-Benz_Việt_Nam&oldid=2214663"
Categories:
Hidden categories:
This page was last edited on 30 December 2021, at 21:46.
Content is available under License CC BY-SA 3.0 unless otherwise noted.
This page has been accessed 679 times.
Privacy policy
About EverybodyWiki Bios & Wiki
Disclaimers