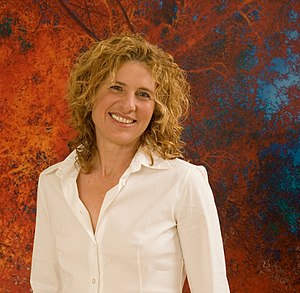 Dealing with themes of the ocean, ecology and sustainability, Orly works according to the ancient Aboriginal belief that one’s spirit remains eternally imprinted in nature, which is why she doesn’t work on a set or use props; she photographs her imaginative, artistic and emotional vision as it appears in nature. Finding symbolism for her messages of optimism, energetic engagement, and individualism, Orly is drawn to nature because it is the most accessible, but often forgotten or degraded, tool to available to all of us. As a mathematician, computer scientist, brain researcher and an artist, Orly attempts to convey these important messages using the most innovative editing and photo manipulation techniques, allowing her to convey the deep and primal messages of nature in striking, visceral images.

She holds a dual BA in Mathematics and Political Science from Bar-Ilan University, Israel, a MSC in Information Systems from Tel Aviv University and a MFA in Media from Slade, UCL, London, UK. She is currently a researcher in Brain science at Gonda Multidisciplinary Brain Research Center, Bar-Ilan University.[1]

Her photographs were first exhibited in Israel before she exhibited around the world, including United States[citation needed] but also Brazil, China and Europe.

Additionally, Orly has received several awards and prizes. In 2013 she received the Florence Shanghai Prize[2] for Rainbows End and Jump Johnny Jump,[3] video art installations and in 2012 the Israel Cultural Ministry Prize [he][4] for Rainbow's End[5] video art installation. In 2008, she was nominated for the KLM Paul Huf Award [nl] 2008 Foam Fotografiemuseum Amsterdam. She took part of the 'Festival of Light' in the Brazilian capital and she also exhibited at the Haun Tie Art Museum in Beijing, China.

In 2012, she participated in the International Biennial Exhibition of Fine Art and Documentary Photography,[6] organized by The Worldwide Photography Awards[7] in Buenos Aires, Argentina. In 2015 she is invited to coordinate the residency program in the Vancouver Biennale’s.[8] She will also participate in the prestigious Venice Biennale where she will exhibit 'Nervous Organ'[9] and 'Border Line',[10] two installations using art videos, sensors, 3D printed images. The Ocean is at the heart of these two installation projects. Her artwork conveys messages to increase people awareness about protecting and preserving marine life.

"Landscapes, and especially wide, open spaces that are remote, offer me an endless body and mind experience. I perceive landscape as an opportunity to evoke a rich association"

This article "Orly Aviv" is from Wikipedia. The list of its authors can be seen in its historical and/or the page Edithistory:Orly Aviv. Articles copied from Draft Namespace on Wikipedia could be seen on the Draft Namespace of Wikipedia and not main one.

Retrieved from "https://en.everybodywiki.com/index.php?title=Orly_Aviv&oldid=53721"
Category:
Hidden categories:
This page was last edited on 21 July 2018, at 23:17.
This page has been accessed 215 times.
Content is available under License CC BY-SA 3.0 unless otherwise noted.
Privacy policy
About EverybodyWiki Bios & Wiki
Disclaimers
Mobile view