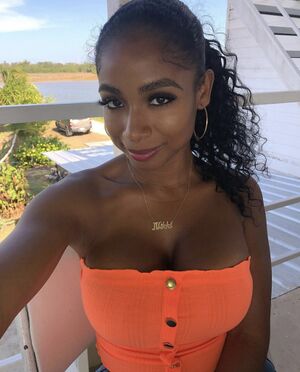 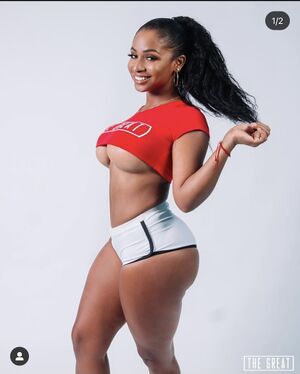 Shaniki Hernandez is a Fashion and Fitness Model born in Belize City, Belize. She was raised in the small town of Punta Gorda, Belize. She is an Afro- Latina of Belizean and Guatemalan descent. She was crowned Miss Toledo Belize at the age of 18 years old. She had always been involved in entertainment since childhood.

Shaniki Hernandez graduated with associates degree in Business Science from the University of Belize. She is mostly known from modeling desirable viral pictures and videos on her @ShanikiHernandez Instagram profile, where she has generated a wide fan base mainly from the United States. She began modeling since the age of 14 years old, which eventually landed her some big brand ambassador opportunities as she got older. Her favorite sport is soccer which she has partaken in since her primary, secondary and tertiary levels of Education. Shaniki is a fitness advisor for young mothers, having previously had two children herself since the age of 18.

She is the first nude content creator from her small country of Belize. And had modeled for some of the biggest companies in her country, she was also a local video vixen and had starred in a few advertisements in her earlier career. She now invests her earnings through owning and selling of real estate in the touristic island of San Pedro, Belize.

Retrieved from "https://en.everybodywiki.com/index.php?title=Shaniki_Hernandez&oldid=2201666"
Categories:
This page was last edited on 27 December 2021, at 20:06.
Content is available under License CC BY-SA 3.0 unless otherwise noted.
This page has been accessed 599 times.
Privacy policy
About EverybodyWiki Bios & Wiki
Disclaimers