Zeevo Group LLC (referred to as Zeevo) is a professional service company that provides business, finance and information technology consulting services and products to clients in industries like aircraft leasing[2] utilities and consumer products. 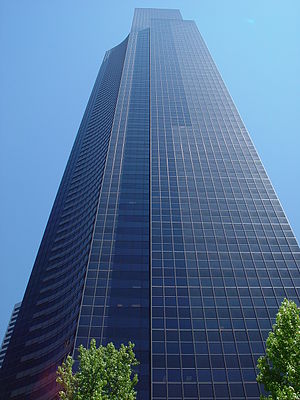 The company was founded in January 2016[3] and officially launched in April 2016[4]. It is headquartered in the Columbia Tower in Seattle, WA[5].

The three founding members were former ILFC IT and finance executives[6][7]. By January 2018 the company had 23 full-time employees[8][9][10]. The US branch of Zeevo Group is rated 5 stars on glassdoor.com[11].

Zeevo has three lines of services: operations, technology, and consulting[12].

In January 2018 two company principals (Joey Johnsen and John McCartney) and Angela Geremia attended the 'Airline Economics’ Growth Frontiers and the 20th Anniversary Global Airfinance conferences' in Dublin, Ireland, during the week of January 21st through 25th[16]. The Day 2 Airfinance Journal from the conference featured an article by Zeevo highlighting the 'risks to the aviation finance industry'[17][18]

In August 2017 Zeevo Group principals along with former colleagues and Pilsbury law firm, participated in a “plane pull” to benefit the Special Olympics of Southern California[19][20]

This article "Zeevo" is from Wikipedia. The list of its authors can be seen in its historical and/or the page Edithistory:Zeevo. Articles copied from Draft Namespace on Wikipedia could be seen on the Draft Namespace of Wikipedia and not main one.

Share
Retrieved from "https://en.everybodywiki.com/index.php?title=Zeevo&oldid=984902"
Categories:
Hidden categories:
This page was last edited on 23 August 2020, at 09:53.
Content is available under License CC BY-SA 3.0 unless otherwise noted.
This page has been accessed 1,121 times.
Privacy policy
About EverybodyWiki Bios & Wiki
Disclaimers